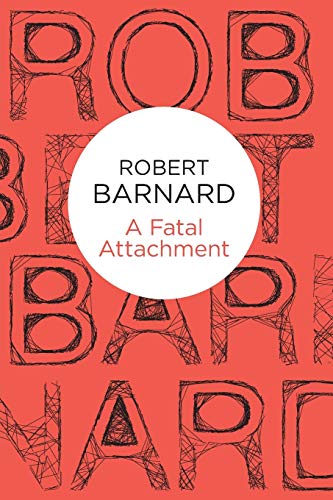 A Fatal Attachment
by Robert Barnard

A Fatal Attachment by Robert Barnard

Lydia Perceval was - apparently - a charming and gifted woman. As a successful biographer, she led a privileged and comfortable life in her well-ordered, luxurious country-cottage. She felt terribly sorry for her sister, married to an unemployed drunk, mother of two sons, both of whom had loved their adorable Aunt Lydia much more than their parents. Lydia had a way with young people, particularly boys. She knew how to bring out the best in them. As it happened, her sister's two boys had proved something of a disappointment - Maurice had demeaned himself by going to work in television, and Gavin, the best, had died a hero in the Falklands War. Lydia felt a little lost without some young people to groom into greatness. And then she met the Bellingham boys.

It was like a reply of the past, two bright young boys, one dark, one fair, just waiting for Lydia to take over their lives. But before she could do so, Lydia was strangled.

The motives were subtle, obscure. And there were very few clues. But as Superintendent Mike Oddie started his investigations, he began to suspect that quite a few people hadn't liked the charming Lydia Perceval at all.

'Barnard not only creates an array of sharply etched characters whom he manipulates like a virtuoso puppet-master, he manipulates the reader as well . . . the solution is a classic' Scotsman

Robert Barnard is a well-established crime writer. He has won the prestigious Nero Wolfe Award as well as the Anthony, Agatha and Macavity Awards, has been nominated eight times for the Edgar Award and was the winner of the 2003 CWA Cartier Diamond Dagger Award for a lifetime of achievement. He has also written crime novels under the pseudonym of Bernard Bastable. He lives with his wife in Leeds and has had over 45 titles published in the UK and US.

GOR006048834
A Fatal Attachment by Robert Barnard
Robert Barnard
Charlie Peace
Used - Very Good
Paperback
Pan Macmillan
2013-02-28
202
1447239822
9781447239826
N/A
Book picture is for illustrative purposes only, actual binding, cover or edition may vary.
This is a used book - there is no escaping the fact it has been read by someone else and it will show signs of wear and previous use. Overall we expect it to be in very good condition, but if you are not entirely satisfied please get in touch with us.