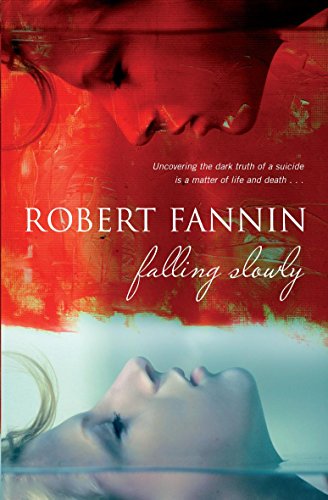 To uncover the dark truth at the heart of Daphne Palmer's suicide is a matter of life and death.

When Desmond Doyle finds his girlfriend dead in the bath, having cut her wrists, he is devastated. But there are inconsistencies with how suicide wounds would be inflicted and he quickly comes under suspicion and is arrested for murder. Though soon released, Detective Inspector Harry Kneebone is convinced of Doyle's involvement.

As they await the coroner's verdict, Doyle attempts some semblance of normality by returning to his job as curator for a new restaurant that will display original art. When he meets up with artist Gina Harding, he is deeply disturbed by paintings she has been strangely compelled to create in recent days. He recognises in them the likeness of his girlfriend's death scene. Can they shed light on Daphne's death, or is it all a bizarre coincidence?

As Doyle's grip on what is real and unreal becomes increasingly uncertain, a chain of events unfold that lead him to doubt his own sanity. Falling Slowly is a compelling and fast-paced psychological drama that questions the nature of perception and experience, as one man struggles to uncover a dark truth.

Robert Fannin was born in Dublin in 1954. He has written several plays for BBC Radio 4 and is currently studying Drama and English in the Universtity of West England. He is with two children and is living in Bristol. Shooting the Moon, his first novel, was published in 2009.
GOR001988489
Falling Slowly by Robert Fannin
Robert Fannin
Used - Very Good
Paperback
Hachette Books Ireland
2010-04-08
320
0340980206
9780340980200
N/A
Book picture is for illustrative purposes only, actual binding, cover or edition may vary.
This is a used book - there is no escaping the fact it has been read by someone else and it will show signs of wear and previous use. Overall we expect it to be in very good condition, but if you are not entirely satisfied please get in touch with us
Trustpilot