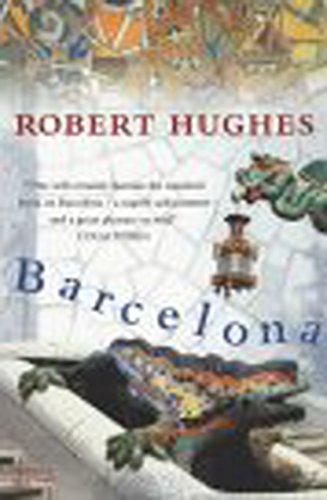 In Stock
$18.49
inc. GST
A modern homage to a proud, cosmopolitan city, where geniuses like Picasso and Miro learned how to break the rules. Robert Hughes takes us down the Ramblas through the "intestinal windings" of the ancient gothic quarter, past the bountiful Boqueria market to the Eixample.
Very Good Good Well Read
7 in stock

Focusing on the architectural foundations of this extraordinary city, Robert Hughes' account of Barcelona's growth in relation to the region of Catalunya also features political, economic and military drama.

"Nobody has ever represented [Barcelona's] character more powerfully, or illustrated its claims to self-destiny more persuasively, than has Robert Hughes in this monumental work" -- Jan Morris * Los Angeles Times *
"Whether untangling the unlikely legends of Wilfred the Hairy or tangling with the likes of Antoni Gaudi, Hughes has shaped Catalan art, architecture and politics into the ultimate guidebooks" -- David Newnham * Guardian *
"A wonderful book, by far the best yet to have appeared in the current flood of books on Spain - and one that fills a genuine gap" -- Martin Gayford * Sunday Telegraph *
"Barcelona is unlikely to be rewarded with a better history than this. Robert Hughes is a master of the big canvas, scooping up the detail of social, economic, political and artistic life and producing images of captivating richness" * Sunday Times *

Robert Hughes was born in Australia in 1938. Since 1970 he has lived and worked in the United States, where he has been Time magazine's art critic for more than twenty-five years. He is the recipient of a number of awards and prizes for his work, including one from the American Academy of Arts and Letters and the Age Book of the Year Award for The Fatal Shore. Robert Hughes died in August 2012.

GOR001447624
Barcelona by Robert Hughes
Robert Hughes
Used - Very Good
Paperback
Vintage Publishing
2001-01-25
688
1860468241
9781860468247
N/A
Book picture is for illustrative purposes only, actual binding, cover or edition may vary.
This is a used book - there is no escaping the fact it has been read by someone else and it will show signs of wear and previous use. Overall we expect it to be in very good condition, but if you are not entirely satisfied please get in touch with us.