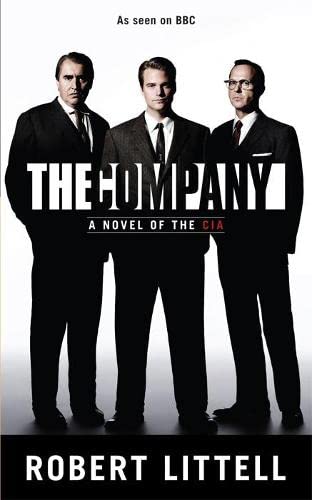 The Company
by Robert Littell

In Stock
$20.89
inc. GST
Robert Littell does for the CIA what Mario Puzo did for the Mafia.
Very Good Good Well Read
Only 4 left

The Company: A Novel of the CIA by Robert Littell

An engrossing, multigenerational, wickedly nostalgic yet utterly entertaining and candid saga, bringing to life through a host of characters - historical and imagined - nearly fifty years of this secretive and powerful organization.

Intelligent and ironic, Littell tells it like it was: CIA agents fighting not only the `good fight' against foreign enemies, but sometimes the bad fight too. The ends justify such means as CIA-organized assassinations, covert wars, kidnappings, and the toppling of legitimate governments. Behind every manoeuvre and counter-manoeuvre, however, one question remains, which spans the length of the book . . . Who is the mole within the CIA?

An astonishing novel that captures the life-and-death struggle of an entire generation of CIA operatives during a long Cold War.

Connoisseurs of the literary spy thriller have elevated Robert Littell to the genre's highest ranks - along with John le Carre, Len Deighton and Graham Greene. Littell's novels include The Defection of A.J. Lewinter, The October Circle, Mother Russia, The Amateur (which was made into a feature film), The Once and Future Spy, An Agent in Place and Walking Back the Cat. A former Newsweek journalist, Robert Littell is American, currently living in France.

GOR000776270
The Company: A Novel of the CIA by Robert Littell
Robert Littell
Used - Very Good
Paperback
Pan Macmillan
2003-04-04
1296
0330372890
9780330372893
Short-listed for CWA Silver Dagger 2003 (UK)
Book picture is for illustrative purposes only, actual binding, cover or edition may vary.
This is a used book - there is no escaping the fact it has been read by someone else and it will show signs of wear and previous use. Overall we expect it to be in very good condition, but if you are not entirely satisfied please get in touch with us.