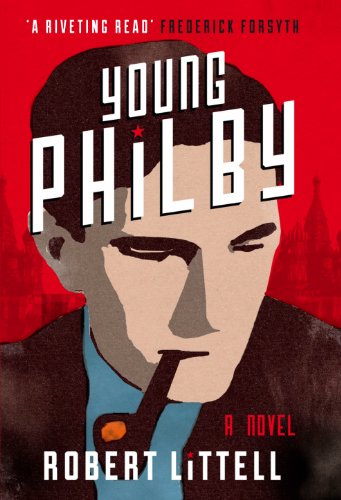 Used Price
$15.99
inc. GST
Free Shipping in Australia
A gripping tale about the most enigmatic spy of the last century
Very Good Good

Englishman Harold Adrian Russell Philby, nicknamed Kim, slips onto the Russian freighter Domatova as it quietly sails out of the Beirut harbour. A spy for the Soviet Union, he flees the Lebanese capital with just the clothes on his back and uncertainty over his fate in Moscow. Will he be welcomed as a senior Soviet intelligence officer? Will the Great Game hes so keen on playing have a third act? Or will the Heart of Darkness have a more sinister purpose? Impossible to put down, Young Philby paints a vivid picture about one of recent historys most fascinating and subtle spies.

An intriguing and surprisingly plausible new interpretation of what Philby was really up to and who he was working for. A fine book * Daily Mail *
Littell combines deep knowledge of spycraft with jovial levity * Guardian *
Distinguished writer though Littell is, can he say anything new about Philby or take a new approach to him? The answer to both questions, is yes * Independent *

Robert Littell is the author of eighteen novels, including the forthcoming A Nasty Piece of Work. He has been hailed as The best American spy writer currently at work (Daily Telegraph), and he has been awarded both the CWA Gold Dagger (for his debut, The Defection of AJ Lewinter) and the Los Angeles Times Book Prize for his fiction. His novel The Company was a New York Times bestseller and was adapted into a television miniseries in 2007, produced by Ridley Scott. He lives in France.

GOR005648606
Young Philby by Robert Littell
Robert Littell
Used - Very Good
Paperback
Overlook Press
2014-03-27
288
0715647431
9780715647431
N/A
Book picture is for illustrative purposes only, actual binding, cover or edition may vary.
This is a used book - there is no escaping the fact it has been read by someone else and it will show signs of wear and previous use. Overall we expect it to be in very good condition, but if you are not entirely satisfied please get in touch with us.