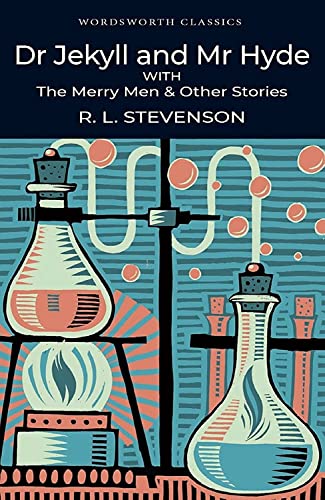 In Stock
$211.99
inc. GST
First published to critical acclaim in 1886, this mesmerising thriller is a terrifying study of the duality of man's nature. This volume also includes a collection of Stevenson's short stories
Like New Very Good Good
Only 4 left

With an Introduction and Notes by Dr Tim Middleton, Head of English Studies, University of Ripon and York.

In seeking to discover his inner self, the brilliant Dr Jekyll discovers a monster. First published to critical acclaim in 1886, this mesmerising thriller is a terrifying study of the duality of man's nature, and it is the book which established Stevenson's reputation as a writer.

Also included in this volume is Stevenson's 1887 collection of short stories, The Merry Men and Other Tales and Fables.

The Merry Men is a gripping Highland tale of shipwrecks and madness; Markheim, the sinister study of the mind of a murderer; Thrawn Janet, a spine-chilling tale of demonic possession; Olalla, a study of degeneration and incipient vampirism in the Spanish mountains; Will O' the Mill, a thought-provoking fable about a mountain inn-keeper; and The Treasure of Franchard, a study of French bourgeois life.

GOR008656631
Dr Jekyll and Mr Hyde by Robert Louis Stevenson
Robert Louis Stevenson
Wordsworth Classics
Used - Like New
Paperback
Wordsworth Editions Ltd
1993-07-05
256
1853260614
9781853260612
N/A
Book picture is for illustrative purposes only, actual binding, cover or edition may vary.
This is a used book - there is no escaping the fact it has been read by someone else and it will show signs of wear and previous use. Overall we expect it to be in very good condition, but if you are not entirely satisfied please get in touch with us.