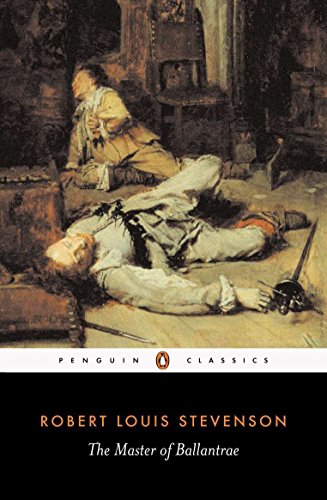 The Master of Ballantrae
by Robert Louis Stevenson

In Stock
$13.49
+10% GST
This novel is set in Scotland during the 1745 Jacobite rebellion, in the French Indies and in the North American wilderness. The story has as its hero one of the most compelling yet horrifying studies of evil in 19th-century fiction - James Durie, Master of Ballantrae.
Very Good Good
6 in stock

The Master of Ballantrae Summary

The Master of Ballantrae by Robert Louis Stevenson

Set at the time of the Jacobite uprising, The Master of Ballantrae tells of a family divided. James Durie, Master of Ballantrae, abandons his ancestral home to support the Scottish rebellion - leaving his younger brother Henry, who is faithful to the English crown, to inherit the title of Lord Durrisdeer. But he is to return years later, embittered by battles and a savage life of piracy on the high seas, to demand his inheritance. Turning the people against the Lord, he begins a savage feud with his brother that will lead the pair from the Scottish Highlands to the American Wilderness. Satanic and seductive, the Master was regarded by Stevenson as 'all I know of the devil'; his darkly manipulative schemes dominate this subtle and compelling tragedy.

This edition takes as its text the Edinburgh Edition of the novel, the last approved by the author. The introduction considers the novel's inspiration and its place as one of Stevenson's greatest studies in cruelty.

The Master of Ballantrae Reviews

"If a strong story, strongly told, full of human interest, and absolutely original in its situations, makes a masterpiece, then this may lay claim to the title."--Arthur Conan Doyle

Robert Louis Stevenson was born in Edinburgh in 1850. He is well known for his novels of historical adventure, including Treasure Island (1883), Kidnapped (1886) and Catriona (1893).

GOR001408372
The Master of Ballantrae by Robert Louis Stevenson
Robert Louis Stevenson
Used - Very Good
Paperback
Penguin Books Ltd
1996-07-25
288
0140434461
9780140434460
N/A
Book picture is for illustrative purposes only, actual binding, cover or edition may vary.
This is a used book - there is no escaping the fact it has been read by someone else and it will show signs of wear and previous use. Overall we expect it to be in very good condition, but if you are not entirely satisfied please get in touch with us.