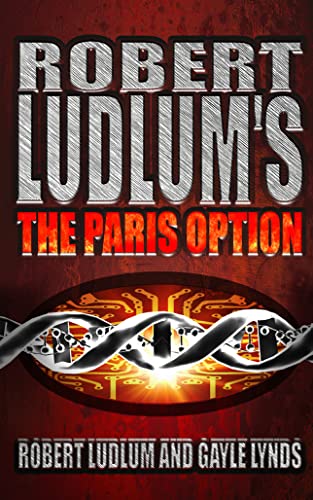 Third novel in the Covert-One series.

Third novel in the Covert-One series.

When an explosion and fire destory part of the esteemed Pasteur Institute in Paris, cyber wizard Marty Zellerbach is left in a coma, while the body of one of the world's top computer scientists - Emile Chambord - hasn't been found at all. Although a terrorist group takes credit for the bombing, American and British officials begin to wonder. Chillingly, perhaps the situation is even worse than it appears.

At the same time in a clandestine army lab in Colorada, Lt. Col. Jon Smith is part of a team working to create a DNA computer. With his background in molecular biology, this project intrigues him: molecular computers will be the most powerful computers the world has ever seen. A single bottle of DNA can crunch more mathematics than all the conventional silicon computers on earth today.

When Jon learns his old friend Marty is seriously injured in the explosion, he's about to leave for Paris. Then Nathan Klein, the shadowy chief of Covert-One, shows up with an assignment - find Dr. Chambord. It appears the Pasteur bombing was a decoy to hide the kidnapping of the scientist, because, with Marty's help, he's succeeded in building the globe's first working molecular computer. The military implications are terrifying if the computer falls into the hands of a rogue government or terrorist cell.

From Paris to London, Brussels and Algiers, Jon Smith searches for the scientist and the ambitious forces behind the bombing and theft. With the help of colleagues Peter Howell, Randi Russell, and a recovered Marty, Jon uncovers a web of deception on the brink of reshaping Europe and threatening the destruction of the United States.

Praise for Robert Ludlum's The Hades Factor (Robert Ludlum and Gayle Lynds):
`The new team has a pop hit on their hands that should bounce right up the bestseller lists.'
Kirkus Reviews

Praise for Robert Ludlum
`A writer who bests the bestsellers.'
Daily Telegraph

`Stuffs more surprises into his novels than any other six-pack of thriller writers combined.'
New York Times

Praise for Gayle Lynds
`Move over Ian Fleming ... an engrossing story of international intrigue with (at last) a female heroine who can hold her own.'
New Woman

Robert Ludlum has been published in 40 countries, 32 languages, with sales of 220 million copies worldwide. Robert Ludlum died in 2001.
Gayle Lynds is the author of Masquerade, Mosaic and Mesmerized. She also co-authored with Robert Ludlum the first bestselling novel in the Covert-One series, Robert Ludlum's The Hades Factor, which was published in 2000.

GOR010474421
Robert Ludlum's The Paris Option: A Covert-One Novel by Robert Ludlum
Robert Ludlum
Used - Like New
Hardback
HarperCollins Publishers
2002-08-19
400
0007101716
9780007101719
N/A
Book picture is for illustrative purposes only, actual binding, cover or edition may vary.
This is a used book - there is no escaping the fact it has been read by someone else and it will show signs of wear and previous use. Overall we expect it to be in very good condition, but if you are not entirely satisfied please get in touch with us.