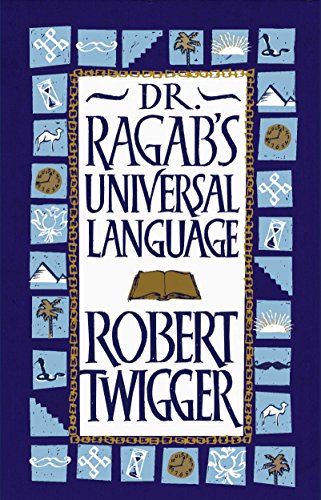 In Stock
$15.49
inc. GST
The power of the mind should never be underestimated
Very Good
Only 1 left

Charlatan. Guru. Master of disguise. Ahead of his time, wise beyond his years, a simple opportunist or the great pretender; however you choose to see him, one fact is certain: Dr Ragab is a mysterious man. Talked about by pretty much everyone in 1920s Cairo, only a few get the chance to make his acquaintance, and fewer still -- one person, in fact -- get to study his life lessons. Hertwig is that lucky soul. Or not so lucky, perhaps: not when he finds himself, at the very end of the second world war, imprisoned in a bunker in Germany by a gang of thugs. To make matters worse, it's not just any bunker; it's Hertwig's own bunker, and he's built it to be 100% escape-proof. And yet . . . there is a possible way out. Not in the conventional sense, it's true, but when you're holed up several feet underground, unsure of how long your captors plan to keep you alive, convention isn't necessarily a good thing, as Dr Ragab would be the first to proclaim -- and it's his universal language that may just provide Hertwig with the escape route he needs.

As unconventional as the eponymous Ragab, Robert Twigger's novel takes the reader on a surreal journey, exploring such diverse topics as far right ideologies, middle east mysticism and the art of communicating via food preparation and presentation. Clever, funny and thought-provoking, Dr Ragab's Universal Language is, in every sense, beyond belief: part tall tale and part self-help manual, it is, like Dr R himself, impossible to pin down -- or, indeed, to put down.

Robert Twigger is the author of several previous books including Angry White Pyjamas, which won both the Somerset Maugham and William Hill awards. He is married and lives in Cairo.

GOR001573354
Dr Ragab's Universal Language by Robert Twigger
Robert Twigger
Used - Very Good
Hardback
Pan Macmillan
2009-07-17
272
0330427466
9780330427463
N/A
Book picture is for illustrative purposes only, actual binding, cover or edition may vary.
This is a used book - there is no escaping the fact it has been read by someone else and it will show signs of wear and previous use. Overall we expect it to be in very good condition, but if you are not entirely satisfied please get in touch with us.