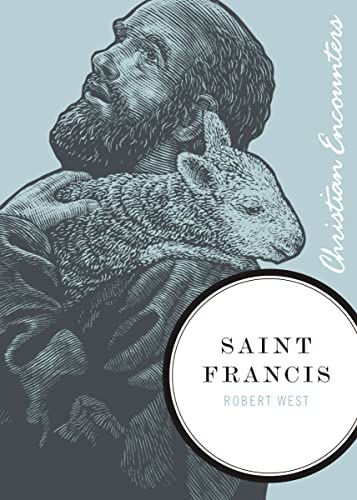 In this Christian Encounter Series biography, author Robert West explores the life of Saint Francis, a man who lived entirely devoted to God.

Francis of Assisi has inspired the church for centuries. Francis took the gospel literally, following all that Jesus said and did without limit, and his devotion led to a life filled with miracles and wonders.

Born to a wealthy cloth merchant in Assisi, Italy, Francis didn't seem destined for the life of prayer and poverty that he chose. Bankrolled by his father, and with natural good looks and personality, Francis indulged in worldly pleasure. He had a ready wit, sang merrily, and delighted in fine clothes and showy display. Serious illness brought the young Francis to see the emptiness of his frolicking ways and led him to a life of prayer and unbridled devotion to Scripture. He gave over all his possessions to the poor and embraced a life of simplicity and poverty, transforming him from a self-centered youth to a man living for God and a model of complete obedience.

Christian Encounters, a series of biographies from Thomas Nelson Publishers, highlights important lives from all ages and areas of the Church. Some are familiar faces. Others are unexpected guests. But all, through their relationships, struggles, prayers, and desires, uniquely illuminate our shared experience.

Rob West doesn't just write about tree ships. He sometimes retreats to write in the flying ship he built in his own back yard--it's the only place he can escape his wife, three sons (and their cronies), two dogs, three cats, two doves . . . and, when she chooses to drop in out of the sky, a duck!

GOR010336106
Saint Francis by Robert West
Robert West
Christian Encounters Series
Used - Like New
Paperback
Thomas Nelson Publishers
2010-08-17
240
1595551077
9781595551078
N/A
Book picture is for illustrative purposes only, actual binding, cover or edition may vary.
The book has been read, but looks new. The book cover has no visible wear, and the dust jacket is included if applicable. No missing or damaged pages, no tears, possible very minimal creasing, no underlining or highlighting of text, and no writing in the margins.