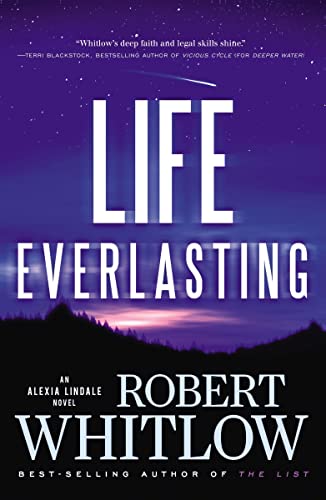 Used Price
$15.99
inc. GST
Free Shipping in Australia
With her client's husband somewhere between this world and the next, attorney Alexia Lindale makes an everlasting choice.
Reviews:
Trustpilot
Good

With her client's husband somewhere between this world and the next, attorney Alexia Lindale makes an everlasting choice.

The youngest son of a family consumed by greed, Baxter Richardson lingers on this earth in a coma. His wife wants him dead to protect her secrets. His brother wants him dead to gain control of the family empire. And though Baxter's father fights to keep him alive, even he has ulterior motives.

But Baster has a surprising ally. A classically trained painist, Ted Morgan believes music can be used as prayer. And Ted's divinely-inspired playing has been slowly pulling Baxter back from the brink of death.

Attorney Alexia Lindale represents Baxter's wife, Rena, but has no idea that she and her client are being played in a game that has higher stakes than a single legal case.

As Baxter grows stronger, the more endangered he becomes. As Alexia navigates her responsibilities to her client, her relationship with the gifted musician, and her new relationship with God, she must discern the truth as it pertains to life, death, and life everlasting.

Robert Whitlow is the bestselling author of legal novels set in the South and winner of the Christy Award for Contemporary Fiction. He received his JD with honors from the University of Georgia School of Law where he served on the staff of the Georgia Law Review. Website: robertwhitlow.com; Twitter: @whitlowwriter; Facebook: robertwhitlowbooks.

GOR005370355
Life Everlasting by Robert Whitlow
Robert Whitlow
An Alexia Lindale Novel
Used - Good
Paperback
Thomas Nelson Publishers
2011-07-07
416
1595549625
9781595549624
N/A
Book picture is for illustrative purposes only, actual binding, cover or edition may vary.
The book has been read but remains in clean condition. All pages are intact and the cover is intact. Some minor wear to the spine.