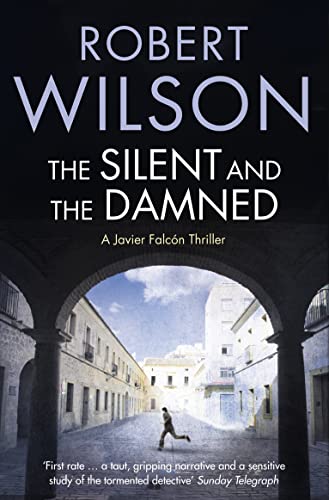 The Silent and the Damned
by Robert Wilson

The Silent and the Damned Summary

The Silent and the Damned by Robert Wilson

At seven years old, Mario Vega faces a terrible tragedy - his parents are dead in an apparent suicide pact.

But Inspector Javier Falcon has his doubts. In the brutal heat of a Seville summer, he dissects the disturbing life of the boy's father, Rafael Vega. His investigation draws threats from the Russian mafia whose corruption reaches deep into the city. He questions a creative American couple with a destructive past and uncovers the misery of a famous actor whose only son is in prison for an appalling crime.

More suicides follow and one of them is a senior policeman. As a forest fire rages through the hills above the city Falcon must sweat out the truth that connects it all - and find the final secret in the dark heart of Vega's life.

The Silent and the Damned Reviews

`First rate...Wilson at his best, a taut, gripping narrative and a sensitive study of the tormented detective.' Sunday Telegraph

`Wilson's plotting is intricate, his detective endearingly human, Seville a captivating venue. This is crime fiction of high order.' The Times

`Its plotting is persuasive, its characterisation shrewd.' Literary Review

`Wilson is a fine crime writer, and has created a character in the best traditions of Chandler.' Irish Examiner

Robert Wilson was born in 1957. A graduate of Oxford University, he has worked in shipping and advertising in London and trading in West Africa. He is married and divides his time between England, Spain and Portugal

GOR001653492
The Silent and the Damned by Robert Wilson
Robert Wilson
Used - Very Good
Paperback
HarperCollins Publishers
2009-08-06
512
0007322135
9780007322138
N/A
Book picture is for illustrative purposes only, actual binding, cover or edition may vary.
This is a used book - there is no escaping the fact it has been read by someone else and it will show signs of wear and previous use. Overall we expect it to be in very good condition, but if you are not entirely satisfied please get in touch with us.