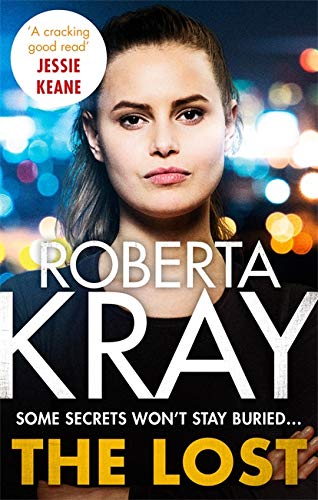 The Lost
by Roberta Kray

The Lost by Roberta Kray

Reporter Jess Vaughan is convinced Grace is still alive, but she's going to need some help to prove it. When a brutal murder makes Harry reconsider Grace's disappearance, he and Jess are drawn together.

As Jess and Harry begin to unravel an age-old web of deceit and betrayal their discoveries put them on a collision course with Jimmy Keppell, one of London's most notorious gangsters. Their search for the truth, it seems, could cost them their lives.

'Action, intrigue. . . sure to please any crime fiction fans'
Woman

Written by the widow of Reggie Kray, one of the East End's most notorious gangsters, this has an authenticity and insight to it that many other thrillers don't * Candis *
There can be few people better placed to write about East End gangsters than Reggie Kray's widow Roberta, and her unique insight into the murky world of organised crime shines through in this gritty fiction thriller... Kray's storytelling is intelligent, g * News of the World *
A Cole-esque, addictive read... expect a healthy dose of the kidnapping, blackmail and murder that no East End novel would be complete without * London Lite *
Gripping * Daily Express *

Through her marriage to Reggie Kray, Roberta Kray has a unique and authentic insight into London's East End. Roberta met Reggie in early 1996 and they married the following year; they were together until Reggie's death in 2000. Roberta is the author of many previous bestsellers including No Mercy, Dangerous Promises, Exposed and Survivor.

GOR010001072
The Lost by Roberta Kray
Roberta Kray
Used - Very Good
Paperback
Little, Brown Book Group
2019-04-11
496
0751559830
9780751559835
N/A
Book picture is for illustrative purposes only, actual binding, cover or edition may vary.
This is a used book - there is no escaping the fact it has been read by someone else and it will show signs of wear and previous use. Overall we expect it to be in very good condition, but if you are not entirely satisfied please get in touch with us.