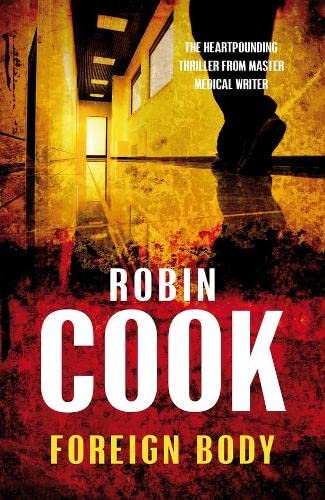 Jennifer Hernandez is a fourth-year medical student at UCLA whose world is shattered during an otherwise ordinary day. While half-listening to a news report on medical tourism, where first-world citizens travel to third-world countries for surgery, she hears her beloved grandmother's name mentioned, and her own heart nearly stops: the reporter says Maria Suarez-Hernandez had died, a day after undergoing a hip replacement in New Delhi's Queen Victoria Hospital.

Maria raised Jennifer and her brothers from infancy, and their bond was unshakable. Still, the news that Maria had travelled to India is a shock to Jennifer, until she realizes it was the only viable option for the hardworking yet uninsured woman. Devastated, Jennifer takes emergency leave from school and heads to India, where relations with local officials go from sympathetic to sour as she presses for information. With the discovery of other unexplained deaths followed by hasty cremations, Jennifer reaches out to her mentor, New York City medical examiner Dr Laurie Montgomery.

Laurie, along with her husband, Dr Jack Stapleton, rushes to the younger woman's side. And as the death count grows, so do the questions, leading Laurie and Jennifer to unveil a sinister, multilayered conspiracy of global proportions.

aA top-notch thriller with the freshness and impact of his earlier efforts. . . . "Critical" is tightly written, and each supporting character is vivid and memorable. The novel is a credit to the medical genre, which Cook is generally thought to have created and made popular.a --"San Francisco Chronicle"

Doctor and author Robin Cook is widely credited with introducing the word `medical' to the thriller genre, and decades after the publication of his 1977 breakthrough novel, Coma, he continues to dominate the category he created. Cook has successfully combined medical fact with fiction to produce over thirty international bestsellers, including Outbreak (1987), Terminal (1993), Contagion (1996), Chromosome 6 (1997), Foreign Body (2008), Intervention (2010) and Cure (2011).

GOR001277517
Foreign Body by Robin Cook
Robin Cook
Used - Very Good
Paperback
Pan Macmillan
2009-03-06
480
0330445537
9780330445535
N/A
Book picture is for illustrative purposes only, actual binding, cover or edition may vary.
This is a used book - there is no escaping the fact it has been read by someone else and it will show signs of wear and previous use. Overall we expect it to be in very good condition, but if you are not entirely satisfied please get in touch with us.