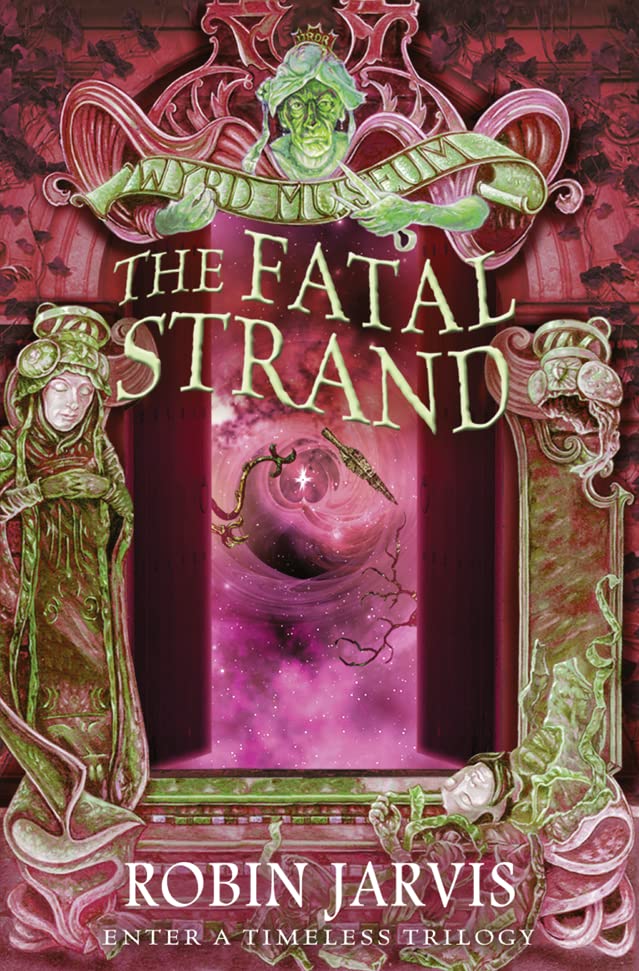 The Fatal Strand
by Robin Jarvis

Timely reissue of the classic fantasy trilogy by Robin Jarvis, following on from the landmark publication of DANCING JAX, his first novel in a decade

The Fatal Strand (Tales from the Wyrd Museum, Book 3) by Robin Jarvis

Timely reissue of the classic fantasy trilogy by Robin Jarvis, following on from the landmark publication of DANCING JAX, his first novel in a decade

In a grimy alley in the East End of London stands the Wyrd Museum, cared for by the strange Webster sisters - the scene of even stranger events.

But something has come to disturb the slumbering shadows and watchful walls of that forbidding edifice. Miss Ursula Webster is determined to defend her realm to the last as the spectral unrest mounts. Once again, Neil Chapman is ensnared in the Web of Fate, facing an uncertain Destiny. Can he and Edie avert the approaching darkness, or has the final Doom descended upon the world at last?

The thrilling conclusion to the chilling trilogy.

Praise for Tales from the Weird Museum:

"For lovers of extravagant words and action charged with mystery and passion, Mr Jarvis must be hard to beat." - TES

Robin Jarvis started writing and illustrating his own books in 1988 and, with his acclaimed `Deptford Mice' and `Whitby Witches' titles, quickly acquired a reputation as a bestselling children's author. He has been shortlisted for the Carnegie Prize and Smarties Award, and twice won the Lancashire Libraries Children's Book of the Year Award. Amongst children, his work has a cult following. Robin Jarvis lives in Greenwich, London.

GOR008020320
The Fatal Strand (Tales from the Wyrd Museum, Book 3) by Robin Jarvis
Robin Jarvis
Tales from the Wyrd Museum
Used - Very Good
Paperback
HarperCollins Publishers
2012-02-02
512
000739862X
9780007398621
N/A
Book picture is for illustrative purposes only, actual binding, cover or edition may vary.
This is a used book - there is no escaping the fact it has been read by someone else and it will show signs of wear and previous use. Overall we expect it to be in very good condition, but if you are not entirely satisfied please get in touch with us.