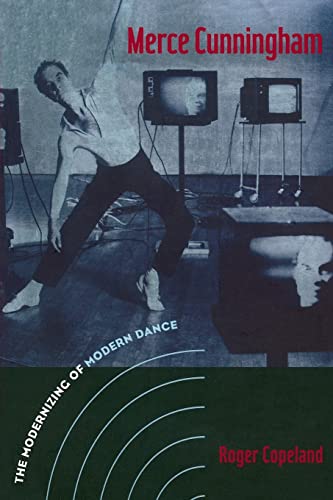 Out of Stock
$28.49
inc. GST
This iconoclastic analysis explores Cunningham's life story against a backdrop of an entire century of developments in American art. Copeland shows how Cunningham moved dance away from the highly emotional, subjective work of Martha Graham to a return to a new kind of classicism.
Very Good
Only 0 left

Merce Cunningham: The Modernizing of Modern Dance by Roger Copeland

First Published in 2004. Routledge is an imprint of Taylor & Francis, an informa company.

""Copeland's book about the sixty-year career of Merce Cunningham is also a brilliant sixty-year history of theater, dance, art, music and intellectual movements in America. . . ..""
-Sally Sommer, Professor of American Dance Studies at Florida State University.
"Examines the trajectory of Merce The Choreographer and places him just where I think he belongs--as a global artist of the twentieth century moving in all directions into the twenty-first..""
-Valda Setterfield, Member of the Merce Cunningham Dance Company, 1964-1974
"Copeland's book will bring joy to Cunningham partisans."
-Allan Ulrich, "Dance Magazine

Roger Copeland is Professor of Theater and Dance at Oberlin College. He is coeditor of the widely used anthology What is Dance? His essays about dance, theater, and film have appeared in The New York Times, The New Republic, The Village Voice, and many other publications including The Encyclopedia of Dance and Ballet.

GOR005933243
Merce Cunningham: The Modernizing of Modern Dance by Roger Copeland
Roger Copeland
Used - Very Good
Paperback
Taylor & Francis Ltd
2003-12-16
316
0415965756
9780415965750
N/A
Book picture is for illustrative purposes only, actual binding, cover or edition may vary.
This is a used book - there is no escaping the fact it has been read by someone else and it will show signs of wear and previous use. Overall we expect it to be in very good condition, but if you are not entirely satisfied please get in touch with us.