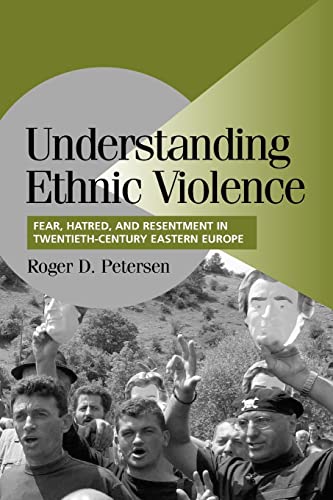 Used Price
$46.99
inc. GST
Free Shipping in Australia
This 2002 book seeks to identify the motivations of perpetrators of ethnic violence. The work develops four models, labeled Fear, Hatred, Resentment, and Rage, gleaned from existing social science literatures. It then applies them to ethnic conflicts in Eastern Europe to learn which has the most explanatory value.
Reviews:
Trustpilot
Very Good

This 2002 book seeks to identify the motivations of individual perpetrators of ethnic violence. The work develops four models, labeled Fear, Hatred, Resentment, and Rage, gleaned from existing social science literatures. The empirical chapters apply these four models to important events of ethnic conflict in Eastern Europe, from the 1905 Russian Revolution to the collapse of Yugoslavia in the 1990s. Each historical chapter generates questions about the timing and target of ethnic violence. The four models are then applied to the case, to learn which does the best job in explaining the observed patterns of ethnic conflict. The findings challenge conventional wisdom, in that the Resentment narrative, centered on a sense of unjust group status, provides the best fit for a variety of cases. While Fear, Hatred, and Rage do motivate hostile actions, Resentment pervasively appears to inflame ethnic animosity and drive outcomes in the timing and pattern of action.

GOR001981447
Understanding Ethnic Violence: Fear, Hatred, and Resentment in Twentieth-Century Eastern Europe by Roger D. Petersen
Roger D. Petersen
Cambridge Studies in Comparative Politics
Used - Very Good
Paperback
Cambridge University Press
2002-09-02
314
0521007747
9780521007740
N/A
Book picture is for illustrative purposes only, actual binding, cover or edition may vary.
This is a used book - there is no escaping the fact it has been read by someone else and it will show signs of wear and previous use. Overall we expect it to be in very good condition, but if you are not entirely satisfied please get in touch with us.