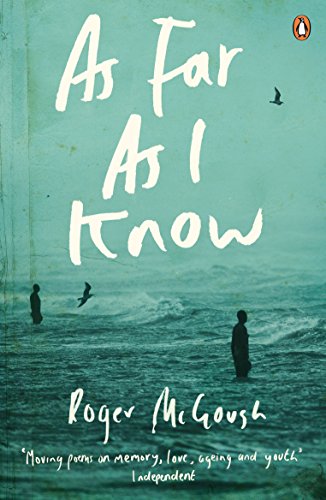 As Far as I Know
by Roger McGough

Out of Stock
$21.49
inc. GST
A book of poems that includes a series of haiku inspired by a London tube strike and a striking reworking of the author's famous 1960s poem 'Let Me Die a Youngman's Death'.
Very Good
Only 0 left

As Far as I Know Summary

As Far as I Know by Roger McGough

Roger McGough's new book of poems shows him writing as fluently and inventively as ever. There may be a stronger strain of melancholy than before (the death of a regular in the local pub; the news that a daughter might be moving abroad), as well as a distinct sense of menace, small but insistent, which inhabits many of the poems. But there is plenty of McGough's characteristic wit and wordplay too, including a scintillating series of haiku inspired by a London tube strike and a striking reworking of his famous 1960s poem 'Let Me Die a Youngman's Death', this time entitled 'Not For Me a Youngman's Death'. Who but McGough would characterize the butcher's window as 'the friendly face of the abattoir', or imagine the almost limitless ways in which we might go to bed?

A new book of poems by Roger McGough is always an event. Published just ahead of his 75th birthday, As Far As I Know is truly cause for celebration.

Roger McGough was born in Liverpool. During the 1960s he was a member of the group Scaffold which had an international hit with 'Lily the Pink'. He has won two BAFTAs and a Royal Television Award for his broadcasting work, and presents the popular Radio 4 programme Poetry Please. He has published many books of poems for adults and children, and both his Collected Poems (2003) and Selected Poems (2006) are bestselling poetry titles on the Penguin list. He was made a Freeman of the City of Liverpool in 2001, and received a CBE in 2004 for his services to literature.

As Far as I Know Reviews

The same blend of mischievous wordplay, subversion of cliche and distinctive sense of humour that makes him one of Britain's most popular poets * Spectator *
As Far As I Know is self-effacing, unshowy, frequently funny, but with a quiet frankness * Scotsman *
Moving poems on memory, love, aging, death and youth ... with his characteristic mix of wordplay and punning, wit, melancholy and self-deprecation * Independent *

Roger McGough was a member of the group Scaffold in the 1960s when he contributed poems to the Penguin title The Mersey Sound, which has since sold over a million copies and is now available as a Penguin Classic. He has published many books of poems for children and adults, and both his Collected Poems (2004) and Selected Poems (2006) are also available in Penguin. He presents Poetry Please on Radio 4 and is President of the Poetry Society. He was honoured with the Freedom of the City of Liverpool in 2001 and with a CBE in 2005 for services to literature.

GOR005271866
As Far as I Know by Roger McGough
Roger McGough
Used - Very Good
Paperback
Penguin Books Ltd
2013-07-25
96
0241962277
9780241962275
N/A
Book picture is for illustrative purposes only, actual binding, cover or edition may vary.
This is a used book - there is no escaping the fact it has been read by someone else and it will show signs of wear and previous use. Overall we expect it to be in very good condition, but if you are not entirely satisfied please get in touch with us.