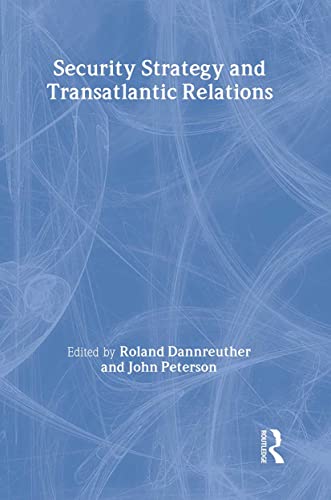 Used Price
$37.99
inc. GST
Free Shipping in Australia
Tackles key questions such as: how much do security strategies signal convergence or divergence in US and EU foreign and security policy doctrine? What tangible political and policy impacts can be attributed to security strategies? What are the implications for US and EU policies towards specific regions?
Reviews:
Trustpilot
Very Good Good

In this much-needed study of current strategic thinking on both sides of the Atlantic, a diverse collection of leading European and American analysts are assembled to tackle key questions that remain unanswered in the existing literature:

The legacy of 9/11 is scrutinized against the backdrop of the strategic thinking that preceded it. In the 1990s, the US struggled to develop a new doctrine for American foreign policy, seeking at various times to promote a `New World Order' or `democratic enlargement'. For its part, the EU had tried to underpin its new Common Foreign and Security Policy with a coherent set of `European values' - multilateralism, human rights, environmental protection, and poverty reduction - that were best defended via collective European action. Key continuities and changes in these transatlantic efforts since 9/11 are clearly identified and closely examined.

5, Sean Molloy- `Security Strategy and the "War on Terror"'

11, James H. Wyllie- `Measuring Up: the Strategies as Strategy'

Appendix 1 The National Security Strategy of the United States

GOR005816196
Security Strategy and Transatlantic Relations by Roland Dannreuther
Roland Dannreuther
Used - Very Good
Paperback
Taylor & Francis Ltd
2006-05-18
268
0415401895
9780415401890
N/A
Book picture is for illustrative purposes only, actual binding, cover or edition may vary.
The book has been read but remains in clean condition. All pages are intact and the cover is intact. Some minor wear to the spine.