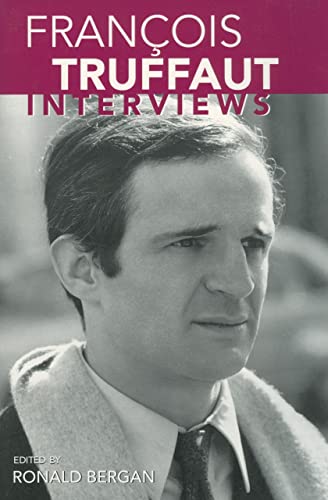 Used Price
$59.99
inc. GST
Free Shipping in Australia
The French New Wave was one of the most important events in cinema history, and among its contributors was Francois Truffaut (1932-1984). This collection of interviews follows Truffaut's creative evolution from his directorial debut with "The 400 Blows" (1959) to his last feature "Vivement Dimanche!" (1983).
Reviews:
Trustpilot
Very Good

The French New Wave was one of the most seismic events in cinema\'s history, and among its contributors Francois Truffaut (1932-1984) was a key figure. Along with Jean-Luc Godard, Eric Rohmer, Claude Chabrol, Jacques Rivette, and others, Truffaut helped to form the New Wave\'s aesthetics and vision and was the first to conceptualize the auteur theory. He made films that reflected his three professed passions: a love of cinema, an interest in the difficulties of male-female relationships, and a fascination with the problems of children.

As this collection of interviews progresses, we follow Truffaut\'s creative evolution almost as much as we follow his alter-ego Antoine Doinel (actor Jean-Pierre Leaud) through Truffaut\'s semi-autobiographical series that begins with his first feature The 400 Blows (1959) and ends with Love on the Run (1978).

Truffaut, a perceptive film critic for Cahiers du Cinema before becoming a director, was able to be objective about his own and other people\'s films. Always concerned with the process as well as the product of his profession, Truffaut maintained his role as critic and commentator throughout his career and remained equally as good an interviewer as an interviewee.

Ronald Bergan is the author of several books on film, including biographies of directors Francis Ford Coppola, Jean Renoir, Sergei Eisenstein, and the Coen brothers.

Robert Bergan is the author of several books on film-related subjects, including biographies of Francis Ford Coppola, Jean Renoir, and the Coen brothers.

GOR008749269
Francois Truffaut: Interviews by Ronald Bergan
Ronald Bergan
Used - Very Good
Paperback
University Press of Mississippi
2008-01-30
277
1934110140
9781934110140
N/A
Book picture is for illustrative purposes only, actual binding, cover or edition may vary.
This is a used book - there is no escaping the fact it has been read by someone else and it will show signs of wear and previous use. Overall we expect it to be in very good condition, but if you are not entirely satisfied please get in touch with us.