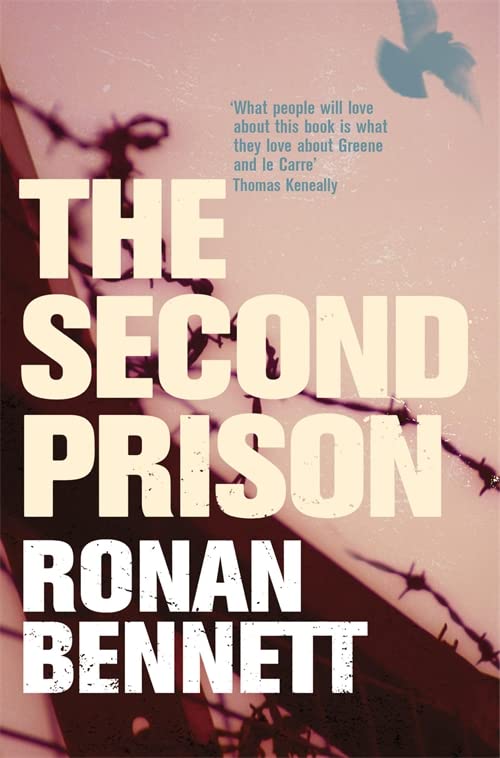 The Second Prison
by Ronan Bennett

The Second Prison by Ronan Bennett

Kane is part of a group of young Irish republican activists, whose belief in their cause at times competes with an urge to inform the police. After he is let out of jail for his alleged part in the murder of another informer, Kane goes to England to seek out and avenge himself on the final surviving member of his cell. Here he is drawn ever more deeply into the web of Tempest, the psychotic Special Branch policeman who destroyed Kane's cell in Belfast. Kane's encounter with him closes the circle of this taut, compelling novel.

'The way in which humane values emerge not from the idealised women who are supposed to represent them but from Kane's fellow-prisoners is genuinely distinguished. And the structure, counterpointing prison's sterile rhythmwith the energy of life outside, emphasises the starkness of the choice before him' Andro Linklater, The Spectator
'Prisons material are all too often transformed into prisons metaphorical, but the theme is rarely as well done as it is here... Bennett's republished debut mixes thriller with prison diary; the portrayal of Kane is subtle, sorrowful and nicely low key' Guardian
'A bleak but fascinating portrait' Times Metro

Ronan Bennett was born and brought up in Belfast. His other novels are HAVOC, IN ITS THIRD YEAR (longlisted for the Booker prize), THE CATASTROPHIST (shortlisted for the Whitbread Novel Award) and OVERTHROWN BY STRANGERS. He has written screenplays for film and tv, and also works as a journalist (Guardian/ Observer/ London Review of Books).

GOR001267735
The Second Prison by Ronan Bennett
Ronan Bennett
Used - Very Good
Paperback
Headline Publishing Group
2000-04-06
320
0747268193
9780747268192
N/A
Book picture is for illustrative purposes only, actual binding, cover or edition may vary.
This is a used book - there is no escaping the fact it has been read by someone else and it will show signs of wear and previous use. Overall we expect it to be in very good condition, but if you are not entirely satisfied please get in touch with us.