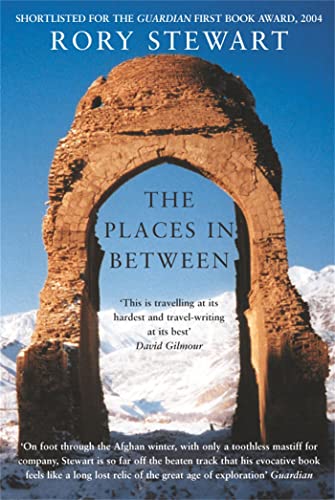 The Places In Between
by Rory Stewart

In Stock
$19.49
inc. GST
The international bestseller: A brilliant account of a death defying walk through Afghanistan. Now with illustrations and an afterword.
Very Good
5 in stock

The Places In Between Summary

The Places In Between by Rory Stewart

The Places In Between, Rory Stewart's moving account of his walk across Afghanistan in January 2002 was immediately hailed as a classic.

Caught between hostile nations, warring factions and competing ideologies, at the time Afghanistan was in turmoil following the US invasion. Travelling entirely on foot and following the inaccessible mountainous route once taken by the Mogul Emperor, Babur the Great, Stewart was nearly defeated by the extreme, hostile conditions. Only with the help of an unexpected companion and the generosity of the people he met on the way did he survive to report back with unique insight on a region closed to the world by twenty-four years of war.

Winner of the Royal Society of Literature Ondaatje Award and the Spirit of Scotland Award and shortlisted for the Guardian First Book Award, the John Llewellyn Rhys Memorial Prize and the Scottish Book of the Year Prize.

The Places In Between Reviews

This is traveling at its hardest and travel-writing at its best -- David Gilmour
With a deft, at time poetic vividness, he describes an awesome landscape, scarred by a present and a past of violence and death . . . His encounters with Afghans are tragic, touching and terrifying * Daily Telegraph *
[Stewart] must have balls of steel, but he writes like and angel all the same -- Giles Foden
This evocative book feels like a long lost relic of the great age of exploration * Guardian *
An astonishing achievement: a unique journey of great courage -- Colin Thubron
Wise, funny and marvelously humane -- Michael Ignatieff
An insight into the country that few could match * New Statesman *
Thank goodness for brave people doing crazy things and for a writer in the tradition of Thesiger and Thubron * Spectator *

Rory Stewart was born in Hong Kong and grew up in Malaysia. After a brief period in the British army, he joined the Foreign Office, serving in the Embassy in Indonesia and as British Representative in Montenegro, Yugoslavia. In 2002 he completed a 6,000 mile walk from Turkey to Bangladesh. His account of crossing Afghanistan on foot shortly after the US invasion, The Places In Between, was published in 2004, drew widespread acclaim, and was shortlisted for that year's Guardian First Book Award. He was awarded an OBE in 2004 for his work in Iraq. From 2006 to 2008 he lived in Kabul, where he was the Chief Executive of the Turquoise Mountain Foundation; in 2009 he was appointed to a professorial chair at Harvard University as the Ryan Family Professor of Human Rights; and in 2010 he was elected as Member of Parliament for Penrith and the Border.

GOR006385787
The Places In Between by Rory Stewart
Rory Stewart
Used - Very Good
Paperback
Pan Macmillan
2014-06-30
336
1447271068
9781447271062
Short-listed for John Llewellyn Rhys Prize 2004 (UK) Long-listed for Guardian First Book Award 2004 (UK)
Book picture is for illustrative purposes only, actual binding, cover or edition may vary.
This is a used book - there is no escaping the fact it has been read by someone else and it will show signs of wear and previous use. Overall we expect it to be in very good condition, but if you are not entirely satisfied please get in touch with us.