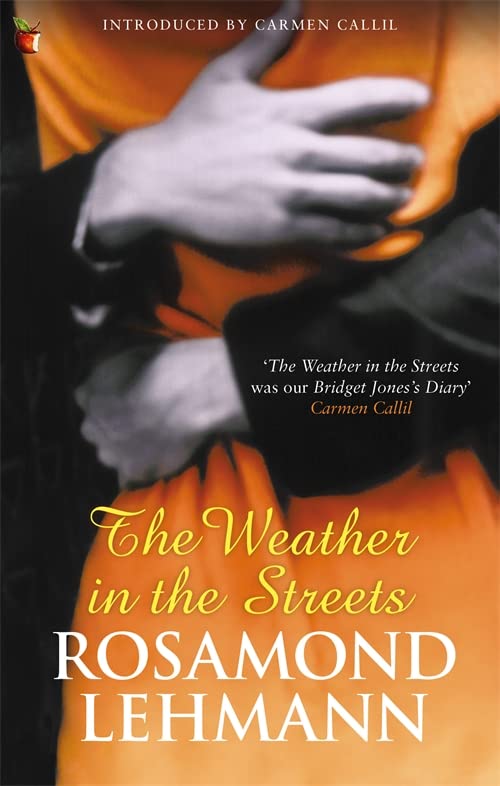 The Weather In The Streets
by Rosamond Lehmann

The Weather In The Streets Summary

The Weather In The Streets by Rosamond Lehmann

Taking up where AN INVITATION TO THE WALTZ left off, THE WEATHER IN THE STREETS shows us Olivia Curtis ten years older, a failed marriage behind her, thinner, sadder, and apprently not much wiser. A chance encounter on a train with a man who enchanted her as a teenager leads to a forbidden love affair and a new world of secret meetings, brief phone calls and snatched liaisons in anonymous hotel rooms.

Years ahead of its time when first published, this subtle and powerful novel shocked even the most stalwart Lehmann fans with its searing honesty and passionate portrayal of clandestine love.

The Weather In The Streets Reviews

Lehmann is unbeatable on social nuance, both among the London bohemian set and Rollo's more conventional upper-class milieu. No one could be more attractive or caddish than Lehmann's Rollo, the married man who entrances our heroine. The ultimate tragic love story -- Alexandra Shulman
She is immensely readable, acute, passionate, funny and original * Elizabeth Jane Howard *
The first writer to filter her stories through a woman's feelings & perceptions * Anita Brookner *
'A truly great book. It is beautifully written, shrewdly observed and deftly crafted, but the novel's real concern is what it means for a woman to live an authentic life' -- Elizabeth Day
The Weather in the Streets astounded women and men with its searing depiction of what it's like to fall in love . . . With brilliant dialogue and intense passages of elation and despair, The Weather in the Streets takes you on the rollercoaster of their relationship -- Esther Freud * Sunday Telegraph *

Rosamond Lehmann (1901-1990) was born in Buckinghamshire and educated privately before going to Girton College, Cambridge, as a scholar. She was made a CBE in 1982 and remains one of the most distinguished writers of the 20th century.

GOR000698530
The Weather In The Streets by Rosamond Lehmann
Rosamond Lehmann
Virago Modern Classics
Used - Very Good
Paperback
Little, Brown Book Group
2006-03-02
384
1844083063
9781844083060
N/A
Book picture is for illustrative purposes only, actual binding, cover or edition may vary.
This is a used book - there is no escaping the fact it has been read by someone else and it will show signs of wear and previous use. Overall we expect it to be in very good condition, but if you are not entirely satisfied please get in touch with us.