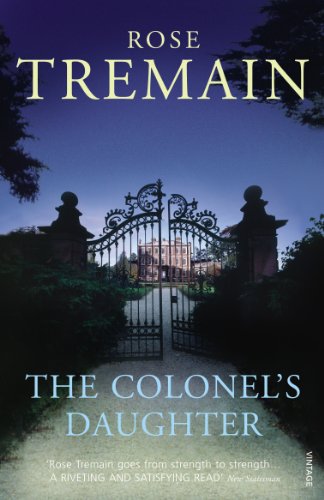 The Colonel's Daughter
by Rose Tremain

Out of Stock
$29.49
inc. GST
At the moment that Colonel Browne is standing in the shallow end of the swimming pool of the Hotel Alphenrose, preparing for his late afternoon dip, his daughter Charlotte, carrying a suitcase, is getting out of her car back in England, preparing to rob the ancestral home.
Very Good
Only 0 left

The Colonel's Daughter by Rose Tremain

From the author of The Gustav Sonata At the moment that Colonel Browne is standing in the shallow end of the swimming pool of the Hotel Alphenrose, preparing for his late afternoon dip, his daughter Charlotte, carrying a suitcase, is getting out of her car back in England, preparing to rob the ancestral home. It is not just another day: it is the culmination of hundreds of days, hundreds of disappointments and misunderstandings, and thousands of very small lies... Over a million Rose Tremain books sold `A writer of exceptional talent ... Tremain is a writer who understands every emotion' Independent I `There are few writers out there with the dexterity or emotional intelligence to rival that of the great Rose Tremain' Irish Times `Tremain has the painterly genius of an Old Master, and she uses it to stunning effect' The Times `Rose Tremain is one of the very finest British novelists' Salman Rushdie `Tremain is a writer of exemplary vision and particularity. The fictional world is rendered with extraordinary vividness' Marcel Theroux, Guardian

"Rose Tremain goes from strength to strength... A riveting and satisfying read" * New Statesman *
"A true writer of fiction... A writer whose every book has been a pleasure" * Scotsman *
"Demonstrates a wry talent and considerable fertility of imagination" * Guardian *
"The dialogue and off-beat humour are spot on" * Daily Telegraph *

Rose Tremain's novels and short stories have been published in thirty countries and have won several awards, including the Orange Prize (The Road Home), the Dylan Thomas Award (The Colonel's Daughter and Other Stories), the Whitbread Novel of the Year (Music & Silence) and the James Tait Black Memorial Prize (Sacred Country). Her most recent novel, The Gustav Sonata, was a Sunday Times Top Ten Bestseller. It won the National Jewish Book Award in the US, the South Bank Sky Arts Award in the UK and was shortlisted for the Costa Novel Award. Rose Tremain was made a CBE in 2007. She lives in Norfolk and London with the biographer, Richard Holmes. www.rosetremain.co.uk

GOR001039866
The Colonel's Daughter by Rose Tremain
Rose Tremain
Used - Very Good
Paperback
Vintage Publishing
1999-09-02
192
0099284278
9780099284277
N/A
Book picture is for illustrative purposes only, actual binding, cover or edition may vary.
This is a used book - there is no escaping the fact it has been read by someone else and it will show signs of wear and previous use. Overall we expect it to be in very good condition, but if you are not entirely satisfied please get in touch with us.