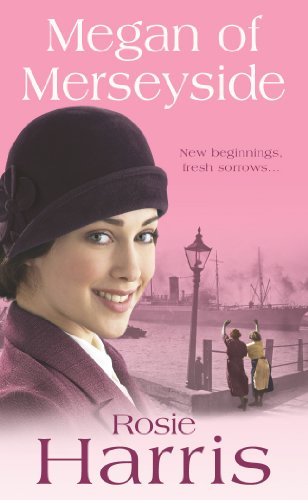 Megan of Merseyside
by Rosie Harris

In Stock
$14.49
inc. GST
A POWERFUL SAGA SET IN LIVERPOOL. She fell in love - he broke her heart Young Megan Williams has come to Liverpool in search of work and a fresh start.
Very Good
7 in stock

Megan of Merseyside by Rosie Harris

A POWERFUL SAGA SET IN LIVERPOOL.

She fell in love - he broke her heart

Young Megan Williams has come to Liverpool in search of work and a fresh start. She soon joins her father at Walker's Shipping Company where his co-driver Robert Field takes a great interest in her. But she has fallen deeply in love with dashing Miles Walker and does all she can to discourage Robert.

Then, one fateful day, Megan's world falls apart when her younger sister is killed in a tragic accident. Distraught, Megan is also faced with shocking revelations about Miles, which force her to realise he's not the man she thought he was.

Heartbroken, but determined to get on with her life, Megan starts up her own business, but will she ever love again...?

Rosie Harris was born in Cardiff and grew up there and in the West Country. After her marriage she lived for some years on Merseyside before moving to Buckinghamshire where she still lives. She has three grown-up children, six grandchildren and three great-grandchildren, and writes full time.

GOR000481576
Megan of Merseyside by Rosie Harris
Rosie Harris
Used - Very Good
Paperback
Cornerstone
2006-07-15
400
0099481790
9780099481799
N/A
Book picture is for illustrative purposes only, actual binding, cover or edition may vary.
This is a used book - there is no escaping the fact it has been read by someone else and it will show signs of wear and previous use. Overall we expect it to be in very good condition, but if you are not entirely satisfied please get in touch with us.