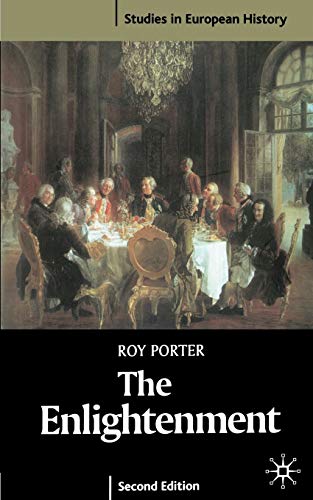 The Enlightenment
by Roy Porter

Used Price
$18.49
inc. GST
Free Shipping in Australia
The eighteenth-century Enlightenment was one of the most exciting and significant currents of European culture.
Reviews:
Trustpilot
Very Good Good Well Read

The Enlightenment by Roy Porter

The eighteenth-century Enlightenment was one of the most exciting and significant currents of European culture. Battling against tyranny, ignorance and superstition, it formulated the ideals which still inform our society today: a belief in reason, criticism, freedom of thought, religion and expression, the value of science, the pursuit of progress. Enlightenment thinkers undermined the ancien regime and provided the ideas for the French Revolution. Modern scholarship, however, has shown it was a more complex and ambiguous movement than commonly recognized. This book, now in a fully updated second edition, sympathetically explores the complexities of the Enlightenment. Synthesizing and evaluating the latest scholarship, it offers a new and comprehensive vision of this many-faceted movement.

Reviews of the first edition: 'Roy Porter provides an entertaining, vigorous and accessible discussion of a concept that can easily appear hopelessly confusing, if not entirely elusive.' - Derek Beales, The Journal of Ecclesiastical History 'This volume may confidently be recommended to its intended audience. Books of this kind are the hardest of all to write, and not all experts wear their learning lightly enough to succeed. Roy Porter does, and is cordially to be thanked.' - Alan P.F. Sell, Aberystwyth and Lampeter University School of Theology

GOR001319801
The Enlightenment by Roy Porter
Roy Porter
Studies in European History
Used - Very Good
Paperback
Palgrave Macmillan
2001-01-16
90
0333945050
9780333945056
N/A
Book picture is for illustrative purposes only, actual binding, cover or edition may vary.
This is a used book - there is no escaping the fact it has been read by someone else and it will show signs of wear and previous use. Overall we expect it to be in very good condition, but if you are not entirely satisfied please get in touch with us.