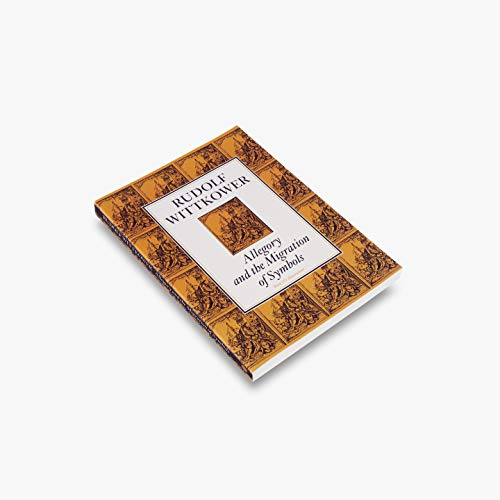 Allegory and the Migration of Symbols
by Rudolf Wittkower

Allegory and the Migration of Symbols Summary

Rudolf Wittkower deplored specialiation. For him, it was the fact that art communicated experience which made it a rewarding study, and nothing fascinated him more than the way in which one culture picked up and transformed the images of another. This volume draws together fourteen essays written over a thirty-three-year period in which he ranges far and wide in search of these "migrating" symbols, trying to penetrate the meaning that artists have given them or that they have unconsciously conveyed.

The esays - each with its original illustrations and notes - fall into two main groups. The first traces instances where oriental imagery has entered the art of the West - specifically the strange images of Eagle and Serpent, and the long catalogue of monsters which the ancient and medieval worlds took so completely for granted and which held meanings for them not always apparent to ourselves.

The second looks at the sources of some favourite allegorical motifs of the Renaissance - Chance, Time, Resurrection, Patience, Death, Virtue, "Grammatica" - and shows how they keep their identity throughout revolutions of taste and style. One essay explores an intriguing byway of art history, the 15th century's claim to have rediscovered hieroglyphics. Another finds a consistency and purpose in El Greco's apparently mechanical repitition of the same gestures in painting after painting. Finally Professor Wittkower faces the basic question of why a picture - whether by Leonardo or a child of three - can mean anything at all.

Allegory and the Migration of Symbols Reviews

'These essays remain fundamental for their insight' - Apollo
'A volume on so rich a range of subjects by so eminent an authority as Rudolf Wittkower will be welcomed as an essential addition to the scholar's libary.' - Times Literary Supplement

Rudolf Wittkower (1901 - 1971) was a German-American art historian who specialized in Italian art and architecture from the Renaissance and Baroque era.

1 East and West: The Problem of Cultural Exchange 2 Eagle and Serpent 3 Marvels of the East: A Study in the History of Monsters 4 Marco Polo and the Pictorial Tradition of the Marvels of the East 5 'Roc': An Eastern Prodigy in a Dutch Engraving 6 Chance, Time and Virtue 7 Patience and Chance: The Story of a Political Emblem 8 Hieroglyphics in the Early Renaisssance 9 Transformations of Minerva in Renaissance Imagery 10 Titian's Allegory of 'Religion Succoured by Spain' 11 El Greco's Language of Gesture 12 Death and Resurrection in a Picture by Marten de Vos 13 'Grammatica' from Martianus Capella to Hogarth 14 Interpretation of Visual Symbols

GOR002479399
Allegory and the Migration of Symbols: The Collected Essays of Rudolf Wittkower by Rudolf Wittkower
Rudolf Wittkower
Used - Very Good
Paperback
Thames & Hudson Ltd
1987-02-23
224
0500274703
9780500274705
N/A
Book picture is for illustrative purposes only, actual binding, cover or edition may vary.
This is a used book - there is no escaping the fact it has been read by someone else and it will show signs of wear and previous use. Overall we expect it to be in very good condition, but if you are not entirely satisfied please get in touch with us.