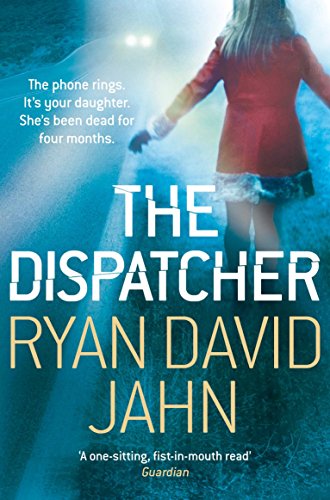 The Dispatcher
by Ryan David Jahn

Out of Stock
$14.99
inc. GST
The phone rings. It's your daughter. She's been dead for four months.
Very Good
Only 0 left

The Dispatcher by Ryan David Jahn

Ian Hunt is the police dispatcher for the small town of Bulls Mouth, East Texas. Just as his shift is ending he gets a call from his fourteen-year-old daughter, Maggie.

Maggie, who has just been declared dead, having been snatched from her bedroom seven years ago. Her call ends in a scream.

The trail leads to a local couple, but this is just the start of his battle to get his daughter back. What follows is a bullet-strewn cross-country chase along Interstate 10, from Texas to California.

The riveting new novel from the acclaimed author of Acts of Violence and Low Life is a brilliantly original, blood drenched thriller, about the lengths a man will go to for his daughter.

Ryan David Jahn grew up in Arizona, Texas and California. He left school at sixteen to work in a record store and subsequently joined the army. Since 2004 he has worked in television and film. He currently lives in Kentucky.

GOR004247621
The Dispatcher by Ryan David Jahn
Ryan David Jahn
Used - Very Good
Paperback
Pan Macmillan
2012-07-19
432
0230746853
9780230746855
Long-listed for CWA Ian Fleming Steel Dagger 2012 (UK)
Book picture is for illustrative purposes only, actual binding, cover or edition may vary.
This is a used book - there is no escaping the fact it has been read by someone else and it will show signs of wear and previous use. Overall we expect it to be in very good condition, but if you are not entirely satisfied please get in touch with us.