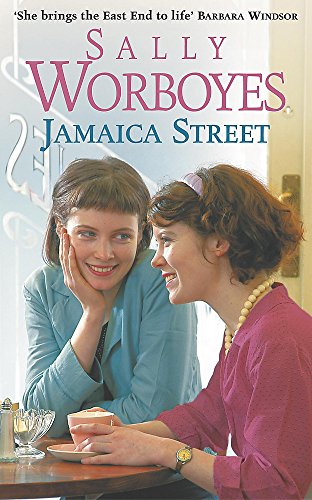 In Stock
$13.49
inc. GST
A dramatic new novel from the queen of the East End saga.
Very Good
Only 1 left

Errol Turner, a handsome and determined young man from Jamaica, has found the woman of his dreams in the East End of London.

Errol's only assets on arrival at Southampton in the summer of 1955 were his father's old sewing machine, a few pounds in his pocket and a touching faith in the greatness of Britain. Four years later, in love with the charismatic Rita, he is making his mark as a tailor - but in the aftermath of the race riots, racial hatred still simmers throughout London, endangering all their hopes.

Rita's best friend Maggie and her flamboyant great aunt Naomi try to ease the couple's fears. But far more sinister activities are going on under their own roof. When a woman is found murdered, vicious rumours and suspicions explode. It will take grit and cunning to bring the killer to light - and a true testing of friendship.

Sally Worboyes was born and grew up in Stepney with four brothers and a sister, and she brings some of the raw history of her own family background to her East End sagas. She now lives in Norfolk with her husband, with whom she has three grown-up children. She has written several plays which have been broadcast on Anglia Television and Radio Four. She also adapted her own play and novel, WILD HOPS, as a musical, THE HOP-PICKERS.

GOR001599503
Jamaica Street by Sally Worboyes
Sally Worboyes
Used - Very Good
Paperback
Hodder & Stoughton
2005-03-14
384
0340735015
9780340735015
N/A
Book picture is for illustrative purposes only, actual binding, cover or edition may vary.
This is a used book - there is no escaping the fact it has been read by someone else and it will show signs of wear and previous use. Overall we expect it to be in very good condition, but if you are not entirely satisfied please get in touch with us.