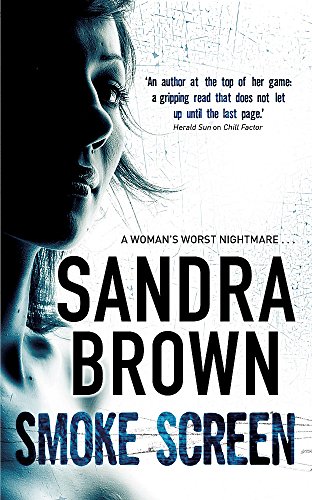 Five years ago a disastrous fire gutted the police headquarters. Seven people died in the flames but thanks to four brave men, most of those inside were rescued. The next day, and forever after, they would be known to the world as heroes.

Now, one of them has called Britt Shelley, a hotshot newswoman, offering her the scoop of her career, and asks her to meet him. The next morning she wakes up naked in his bed to find him lying beside her - dead.

She remembers nothing of the evening before but, to her horror,the police don't believe her. As the finger of blame points to her, she realises that she is the next intended victim . . .

'Suspense that has teeth'
Stephen King

Praise for Sandra Brown * : *
'It's a great, entertaining read, with lots of surprising twists and turns, credibly flawed characters and a love affair that's as steamy as a Savannah summer.' * Lisa Scottoline, Washington Post on RICOCHET *
'Brown's novels define the term page turner' * Booklist *
Millions of readers clamour for the compelling novels of Sandra Brown. And no wonder! She fires your imagination with irresistible characters, unexpected plot twists, scandalous secrets . . . so electric you feel the zing * Literary Guild *
'A masterful storyteller, carefully crafting tales that keep readers on the edge of their seats' * USA Today *
'If you want romantic suspense that has teeth . . . Sandra Brown is your gal.' * Stephen King *
'An edge-of-seat thriller that's full of twists . . . Top stuff!' * Star *
'Fast fun' * Cosmopolitan *
'Perfectly plotted' * People Magazine *

Sandra Brown is the author of numerous New York Times bestselling thrillers. She lives in Arlington, Texas. Visit her website at www.sandrabrown.com and connect with her on Twitter: @SandraBrown_NYT

GOR001503645
Smoke Screen by Sandra Brown
Sandra Brown
Used - Very Good
Paperback
Hodder & Stoughton
2008-08-07
416
034096183X
9780340961834
N/A
Book picture is for illustrative purposes only, actual binding, cover or edition may vary.
This is a used book - there is no escaping the fact it has been read by someone else and it will show signs of wear and previous use. Overall we expect it to be in very good condition, but if you are not entirely satisfied please get in touch with us.