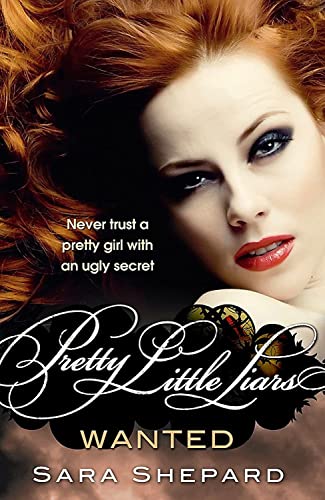 In Rosewood, not all that glitters is gold, and the town harbors secrets darker than anyone could imagine-like the truth about what really happened the night Alison DiLaurentis went missing. . . .

Back in middle school, Ali plucked Emily, Hanna, Aria, and Spencer from obscurity and turned them into the beautiful, popular girls everyone wanted to be. Ali was the best friend they ever had. But she also made them do terrible things and taunted them with their worst secrets. Now, three years later, all their questions about Ali have finally been answered and they can put this awful chapter of their lives behind them. Or so they think.

Not every story has a happy ending, especially when four pretty little liars have done so many wicked things. In the dramatic conclusion of Sara Shepard's bestselling Pretty Little Liars series, Emily, Hanna, Aria, and Spencer could get everything they've ever wanted-unless A has one more horrifying twist in store.

Addictive . . . it's scandal central! * Company 'Gritty, intimate and revealing' *
Heat 'This is clique lit with a mystery twist; the author has spun a plethora of possibilities sure to make readers reach for the next instalment. * Publishers Weekly 'Glamour and intrigue' *
Elle

Sara Shepard lives in the US. Pretty Little Liars was inspired by her own upbringing in Philadelphia.

GOR003425045
Wanted: Number 8 in series by Sara Shepard
Sara Shepard
Pretty Little Liars
Used - Very Good
Paperback
Little, Brown Book Group
2011-02-24
256
1907410864
9781907410864
N/A
Book picture is for illustrative purposes only, actual binding, cover or edition may vary.
This is a used book - there is no escaping the fact it has been read by someone else and it will show signs of wear and previous use. Overall we expect it to be in very good condition, but if you are not entirely satisfied please get in touch with us.