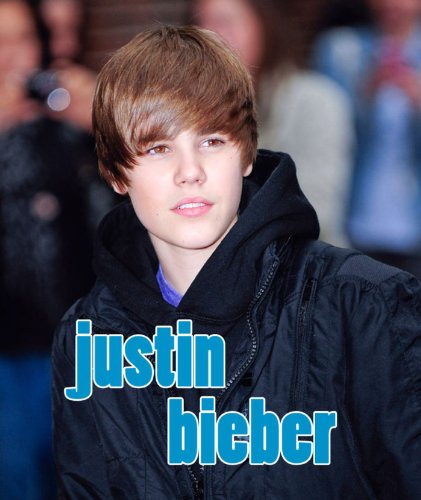 Since entering the music scene at the tender age of 13, this blue-eyed Ontario native has steadily built an online YouTube empire of a whopping 40 million followers as a platform for the release of his first studio album.

Connected in the music industry through his producer, Usher Raymond, Bieber has performed and cut tracks with his legendary mentor as well as other artists such as Ludacris and Rhianna. He also opened for Taylor Swift's Fearless tour.

Now 16, Justin Bieber is a worldwide pop teen sensation. His first album My World was certified platinum in the United States, with seven Billboard Hot 100 hits. His first full studio album titled My World 2.0 released on March 23rd, 2010, and debuted at number one.

With multiple promotional appearances and performances, a rabid fanbase, and a squeaky clean image, Justin Bieber's star is just beginning to shine.

Whether she's working on books about Justin Bieber, Taylor Swift, or the 1980s, Sarah Parvis keeps an eye on all things pop culture. An author, editor, and compiler of quotations, Parvis has a knack for picking up little-known trivia concerning names in the news. She resides in New York, New York.

GOR003308638
Justin Bieber by Sarah Parvis
Sarah Parvis
Used - Very Good
Hardback
Andrews McMeel Publishing
2010-10-14
80
1449401813
9781449401818
N/A
Book picture is for illustrative purposes only, actual binding, cover or edition may vary.
This is a used book - there is no escaping the fact it has been read by someone else and it will show signs of wear and previous use. Overall we expect it to be in very good condition, but if you are not entirely satisfied please get in touch with us.