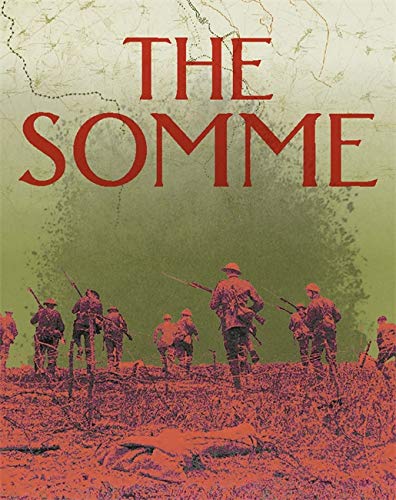 The Somme by Sarah Ridley

The Somme by Sarah Ridley

For many people the word 'Somme' sums up the carnage and futility of the First World War. The failure of Allied forces to achieve their objectives at such a huge cost in human lives has resonated in military circles for the past 100 years. This book tells the story of the battle and its wider repercussions, and analyses its importance to the overall outcome of the First World War.

The Somme investigates the build-up to the battle, why leaders thought the action was necessary and what they thought it would achieve. It looks at the forces involved, including the 'Pals' battalions - patriotic friends who fought, and more often than not died, together.

Although not a straightforward timeline, the book outlines the actual course of the battle beginning on 1 July 1916 and the impact of the continuing slaughter on both sides. Quotes from those who took part offer a glimpse of what it must have been like to be there, and maps show how little was actually achieved in terms of a breakthrough. Poetry, art and music inspired by the Somme campaign bring the soldiers' harrowing experiences to life. Suitable for readers aged 11 and up.

Manages to pack a lot of information and a high standard of maps and illustrations into 50 pages * School Librarian *
This book tells the harrowing story of the battle and its wider repercussions, and analyses its importance to the overall outcome of the First World War ... I liked the fact the book included such a wide range of resources, which gave a real insight * Parents In Touch *
Sarah Ridley has an enduring interest in history, the natural world and many other topics which has made her work as an editor and writer of children's information books endlessly fascinating. Some of her books have been shortlisted or longlisted for information book awards, including Dear Jelly Family Letters from the First World War and Suffragettes and the Fight for the Vote. Sarah lives in Colchester with her husband and her student daughter's guinea pigs.
NGR9781445166063
9781445166063
1445166062
The Somme by Sarah Ridley
Sarah Ridley
New
Paperback
Hachette Children's Group
2019-04-25
48
N/A
Book picture is for illustrative purposes only, actual binding, cover or edition may vary.
This is a new book - be the first to read this copy. With untouched pages and a perfect binding, your brand new copy is ready to be opened for the first time
Trustpilot