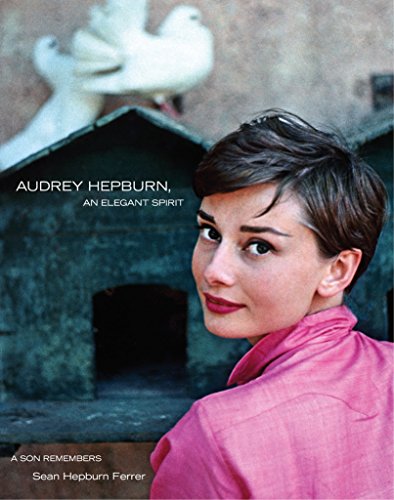 In Stock
$12.99
+10% GST
A tribute to Audrey Hepburn, written by her son, Sean Hepburn Ferrer
Very Good
Only 3 left

`God kissed the face of Audrey Hepburn, and there she was' Billy Wilder

Audrey Hepburn was loved by millions of movie fans and reflected that love back on her audience. Her warmth and grace, both onscreen and off, endeared her to millions and her humanitarian efforts made her a role model to countless more. When she died from colon cancer in 1993, the loss was felt all over the world.

Audrey Hepburn was more than a movie star, more than a style icon. She considered her most important role to be wife and mother. In this beautiful memoir, her son, Sean Ferrer, remembers their life together. This is the story of her life from her childhood during WWII, to Hollywood, to her work for the United Nations. It is a story about Audrey Hepburn as only her son could tell it, and it is also an incredible account of the steadfast bond between them. Intimate, inspiring and including more than 300 photographs and drawings - many of which have never before published - An Elegant Spirit is an illustrated memoir of the woman the world adored, by the son who adored her and was adored by her.

There have been a number of books about Audrey, but few have truly captured her essence. Sean Hepburn Ferrer's beautiful memoir does just that.

"'God kissed the face of Audrey Hepburn, and there she was' Billy Wilder"

GOR001419267
Audrey Hepburn, Elegant Spirit by Sean Hepburn Ferrer
Sean Hepburn Ferrer
Used - Very Good
Paperback
Pan Macmillan
2005-09-02
256
0330426877
9780330426879
N/A
Book picture is for illustrative purposes only, actual binding, cover or edition may vary.
This is a used book - there is no escaping the fact it has been read by someone else and it will show signs of wear and previous use. Overall we expect it to be in very good condition, but if you are not entirely satisfied please get in touch with us.