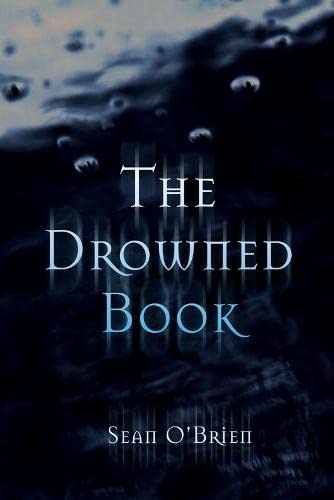 The Drowned Book
by Sean O'Brien

In Stock
$12.49
inc. GST
Picador's second collection from one of the finest English poets of the last fifty years
Very Good
Only 2 left

The Drowned Book by Sean O'Brien

Many of the poems in Sean O'Brien's new collection take their emotional tenor and imaginative cue from his acclaimed translation of Dante's Inferno, and occupy a dark, flooded, subterranean world, as dramatically compelling as it is disquieting. Circumstances have compelled O'Brien to return repeatedly to the elegiac form, and The Drowned Book contains a number of powerfully moving poems written in memory of fellow poets and artists. The Drowned Book again shows O'Brien a master of the authoritative line, and underscores his pre-eminence among contemporary English poets.

`Compelling, with a steady incandescence to the language' Independent

`All life is written in Dante's burning pages, and Sean O'Brien is to be congratulated on his expert rehabilitation of a classic' Spectator

`Combines urgent readability with a muscular forcefulness' The Economist

Sean O'Brien's poetry has received numerous awards, including the T.S. Eliot Prize, the Forward Prize (three times), the E.M Forster Award and the Roehampton Poetry Prize. His Collected Poems appeared in 2012. Europa is his ninth collection. His work has been published in several languages. His novel Once Again Assembled Here was published in 2016. He is also a critic, editor, translator, playwright and broadcaster. Born in London, he grew up in Hull. He is Professor of Creative Writing at Newcastle University and a Fellow of the Royal Society of Literature.

GOR001967895
The Drowned Book by Sean O'Brien
Sean O'Brien
Used - Very Good
Paperback
Pan Macmillan
2007-09-07
96
0330447629
9780330447621
Winner of Forward Prize for Poetry Best Collection 2007 (UK) Winner of T. S. Eliot Prize 2008 (UK)
Book picture is for illustrative purposes only, actual binding, cover or edition may vary.
This is a used book - there is no escaping the fact it has been read by someone else and it will show signs of wear and previous use. Overall we expect it to be in very good condition, but if you are not entirely satisfied please get in touch with us.