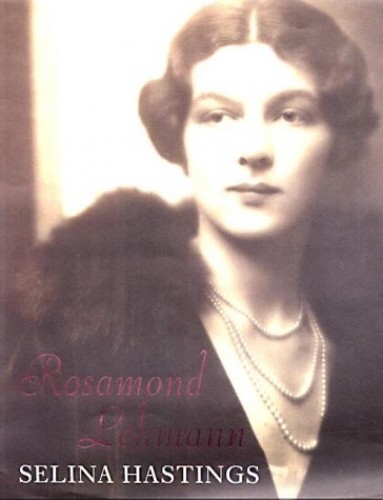 Out of Stock
$31.99
inc. GST
But as Rosamond's novels (Invitation to the Waltz, the notorious The Weather in the Streets) became ever more successful, Wogan started on a series of affairs, finally disappearing to the Spanish Civil War, while Rosamond embarked on a tempestuous relationship with Goronwy Rees.
Very Good
Only 0 left

The life of Rosamond Lehmann (1901-1990) was as romantic and harrowing as that of any of her fictional heroines. She enjoyed an idyllic childhood in the Thames valley, and she was much pursued while at Cambridge, but an early marriage to Leslie Runciman was wretchedly unhappy. The phenomenal success of her shocking, first novel, Dusty Answer gave her the means to run off with and eventually marry the glamorous maverick, Wogan Philipps. They lived an apparently charmed existence in Oxfordshire, the golden couple at the very heart of Bloomsbury society. But as Rosamond's novels (Invitation to the Waltz, the notorious The Weather in the Streets) became ever more successful, Wogan started on a series of affairs, finally disappearing to the Spanish Civil War, while Rosamond embarked on a tempestuous relationship with Goronwy Rees. When Rees left her she began the most important love affair of her life with the poet, Cecil Day Lewis. Nine years later, he abandoned her for the young actress, Jill Balcon - a betrayal from which Rosamond never recovered. A few years later her daughter, Sally, died at the age of 24, an unendurable loss which led Rosamond into spiritualism in an attempt to find her. The Biography of Rosamond Lehmann conjures up with warmth and wit the intimate world of a woman whose dramatic life, work and relationships criss-crossed the cultural, literary and political landscape of England in the middle of the twentieth century.

"I can think of few biographies that are as unputdownable as a novel, but Selina Hastings has produced one: fluidly written, witty, detached yet utterly gripping-deeply touching: a triumph of the biographer's art" * Spectator *
"So intelligently written that you linger over the phrasing, her account blends wit, mischief, gossip, acuity and admiration-shrewd, relaxed, understanding, stylish and not to be missed" * Sunday Times *

Selina Hastings is the author of two hugely acclaimed biographies, Nancy Mitford (being reissued in Vintage) and Evelyn Waugh.

GOR002197402
Rosamond Lehmann: A Life by Selina Hastings
Selina Hastings
Used - Very Good
Hardback
Vintage Publishing
2002-06-06
496
0701165421
9780701165420
N/A
Book picture is for illustrative purposes only, actual binding, cover or edition may vary.
This is a used book - there is no escaping the fact it has been read by someone else and it will show signs of wear and previous use. Overall we expect it to be in very good condition, but if you are not entirely satisfied please get in touch with us.