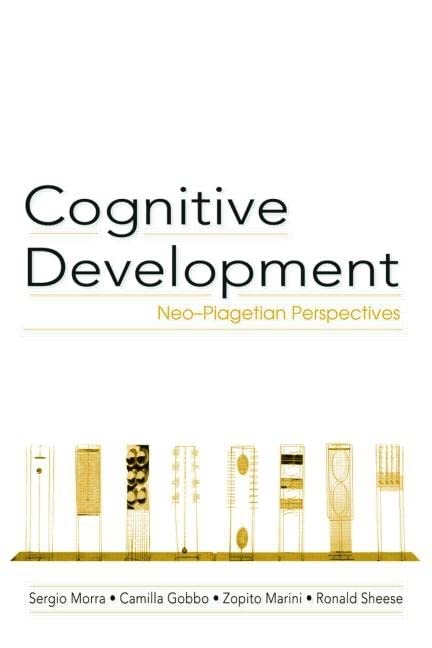 Out of Stock
$93.99
inc. GST
Provides a critical analysis and a comparison of concepts across neo-Piagetian theories.
Very Good
Only 0 left

Tying together almost four decades of neo-Piagetian research, Cognitive Development provides a unique critical analysis and a comparison of concepts across neo-Piagetian theories. Like Piaget, neo-Piagetian theorists take a constructivist approach to cognitive development, are broad in scope, and assume that cognitive development is divided into stages with qualitative differences. Unlike Piaget, however, they define the increasing complexity of the stages in accordance with the child's information processing system, rather than in terms of logical properties. This volume illustrates these characteristics and evidences the exciting possibilities for neo-Piagetian research to build connections both with other theoretical approaches such as dynamic systems and with other fields such as brain science.

The opening chapter provides a historical orientation, including a critical distinction between the "logical" and the "dialectical" Piaget. In subsequent chapters the major theories and experimental findings are reviewed, including Pascual-Leone's Theory of Constructive Operators, Halford's structuralist theory, Fischer's dynamic systems approach to skills, Case's theory of Central Conceptual Structures, Siegler's microgenetic approach, and the proposals of Mounoud and Karmiloff-Smith, as well as the work of others, including Demetriou and de Ribaupierre. The interrelation of emotional and cognitive development is discussed extensively, as is relevant non neo-Piagetian research on information processing. The application of neo-Piagetian research to a variety of topics including children's problem solving, psychometrics, and education is highlighted. The book concludes with the authors' views on possibilities for an integrated neo-Piagetian approach to cognitive development.

"The authors of Cognitive Development: Neo-Piagetian Perspectives have done a remarkable job of reviewing and summarizing the research and theory of a number of workers who have attempted to build upon the theory and research of Jean Piaget." - David Elkind, PsycCRITIQUES

GOR010233480
Cognitive Development: Neo-Piagetian Perspectives by Sergio Morra
Sergio Morra
Used - Very Good
Paperback
Taylor & Francis Inc
2007-09-19
430
0805863508
9780805863505
N/A
Book picture is for illustrative purposes only, actual binding, cover or edition may vary.
This is a used book - there is no escaping the fact it has been read by someone else and it will show signs of wear and previous use. Overall we expect it to be in very good condition, but if you are not entirely satisfied please get in touch with us.