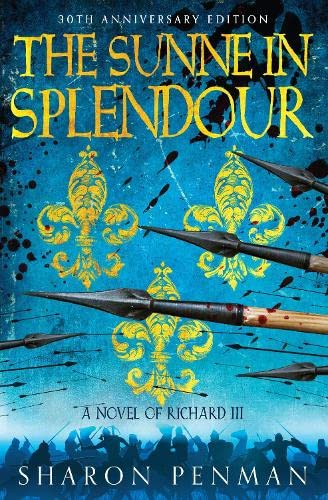 The Sunne in Splendour
by Sharon Penman

The Sunne in Splendour Summary

The Sunne in Splendour by Sharon Penman

**To celebrate thirty years since its first publication, Pan Macmillan are proud to publish this special, re-edited edition, with a new author's note from Sharon Penman**

Richard, last-born son of the Duke of York, was seven months short of his nineteenth birthday when he bloodied himself at the battles of Barnet and Tewkesbury, earning his legendary reputation as a battle commander and ending the Lancastrian line of succession.

But Richard was far more than a warrior schooled in combat. He was also a devoted brother, an ardent suitor, a patron of the arts, an indulgent father, a generous friend. Above all, he was a man of fierce loyalties, great courage and firm principles, who was ill at ease among the intrigues of Edward's court. The very codes Richard lived by ultimately betrayed him.

But he was betrayed by history too. Leaving no heir, his reputation was at the mercy of his successor, and Henry Tudor had too much at stake to risk mercy. Thus was born the myth of the man who would stop at nothing to gain the throne.

Filled with the sights and sounds of battle, the customs and love of daily life, the rigours and dangers of Court politics and the touching concerns of very real men and women, The Sunne in Splendour is a richly coloured tapestry of medieval England.

Customer Reviews - The Sunne in Splendour

Sharon Kay Penman is the author of seven previous historical novels and four medieval mysteries set during the reign of Eleanor of Aquitaine. She lives in Mays Landing, New Jersey, and is working on A King's Ransom, which will complete the story of Richard I.

GOR005792915
The Sunne in Splendour by Sharon Penman
Sharon Penman
Used - Well Read
Hardback
Pan Macmillan
2013-09-01
1248
0230768695
9780230768697
N/A
Book picture is for illustrative purposes only, actual binding, cover or edition may vary.
This is a used book - there is no escaping the fact it has been read by someone else and it will show signs of wear and previous use. Overall we expect it to be in very good condition, but if you are not entirely satisfied please get in touch with us.