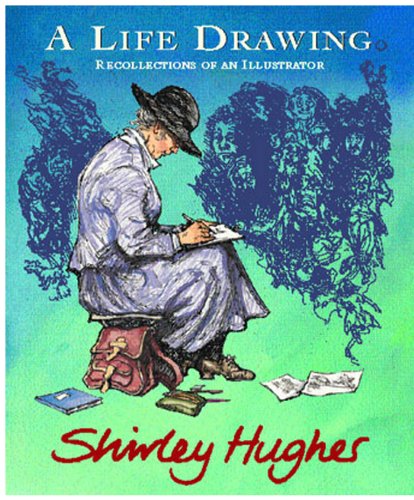 A Life Drawing
by Shirley Hughes

Used Price
$134.99
inc. GST
Free Shipping in Australia
Beginning with a small girl in West Kirby obsessed with Comics, Shirley Hughes' story takes us through World War II, and to a career which began with Art School in a blitzed Liverpool, led to Oxford and then to London, illustrated with her own art work.
Reviews:
Trustpilot
Very Good

A Life Drawing by Shirley Hughes

The book begins with a small girl in West Kirby who is obsessed with comics: The Daily Sketch, The Daily Express and The Mirror-each of these newspapers helped to shape one of our finest illustrators. Shirley's story takes us from this gentle start, through the second world war, and to a career, which began with Art School in a blitzed Liverpool, led to Oxford, and then to London. Shirley reflects on art, and her own development, in a tale which is fascinating and full of personalities. She describes her own creative process as 'the nearest thing I know to flying into the sun' and it is this passion for the world of illustration, which shines through the book and gives it a unique personality. Lavishly illustrated throughout with sketches from her Italian sketchbooks, doodles from boring meetings, roughs from what would later become classic picture books and perfectly executed paintings done just for the fun of it, this book will be a treasured gift for those who love art and those who have grown up with the enduring characters from Shirley's books who inhabit so many homes through this country and beyond.

"An absolute 'must' for all connected with the world of children's books, but will also appeal to a wider readership for its rich and detailed observation of people, time and places." --Kirkus Reviews
"[Hughes] tells her story with the same attractive clarity that makes her pictures so appealing." --NAEA News

Shirley was born in West Kirby, near Liverpool, and studied fashion and dress design at Liverpool Art School, before continuing her studies at the Ruskin School of Drawing and Fine Art in Oxford. She then embarked on a career as a freelance illustrator in London, where she still lives today. She illustrated other writers' work, including Noel Streatfeild, Alison Uttley, Ian Seraillier, Margaret Mahy and notably Dorothy Edwards's My Naughty Little Sister series.

Shirley began to write and draw her own picture books when her children were young. Her first book - Lucy and Tom's Day - was published in 1960, and she followed it with, among others, Dogger and the Alfie series.

Shirley Hughes has won the Other Award, the Eleanor Farjeon Award, and the Kate Greenaway Medal for Illustration twice, for Dogger in 1977 and for Ella's Big Chance in 2003. In 2007 Dogger was voted the public's favourite Greenaway winner of all time. Shirley received an OBE in 1999 for services to Children's Literature, and a CBE in 2017. She is the first recipient of Booktrust's Lifetime Achievement Award.

GOR001214141
A Life Drawing by Shirley Hughes
Shirley Hughes
Used - Very Good
Hardback
Vintage Publishing
2002-09-05
208
0370326059
9780370326054
N/A
Book picture is for illustrative purposes only, actual binding, cover or edition may vary.
This is a used book - there is no escaping the fact it has been read by someone else and it will show signs of wear and previous use. Overall we expect it to be in very good condition, but if you are not entirely satisfied please get in touch with us.