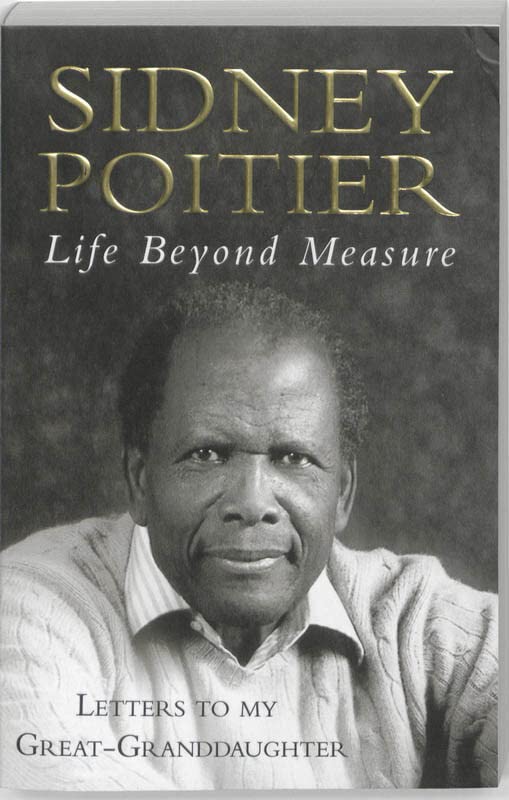 Life Beyond Measure
by Sidney Poitier

Used Price
$15.49
inc. GST
Free Shipping in Australia
Valuable life lessons and inspirational advice from one of the most revered actors in the history of Hollywood.
Reviews:
Trustpilot
Very Good Good

Life Beyond Measure: Letters to My Great-Granddaughter by Sidney Poitier

Written in the form of extended letters to his new great-granddaughter, Life Beyond Measure offers perspective and wisdom gained from Sidney Potier's own remarkable life -- growing up in the Bahamas, breaking the race barrier in theatre and film during the Civil Rights era, and achieving stardom and success not only in Hollywood but also as a diplomat and humanitarian.

In his role as a father, grandfather and great-grandfather, he shares personal stories for those important passages through life: first day at school as well as graduation, learning right from wrong, first job and career choices, falling in love and surviving a break-up, wedding day and commitment in marriage, first child and parenthood, maturity and loss, and what kind of legacy will stand the test of time.

"Some people aren't satisfied to be dashing, principled, talented, influential, and legendary; they have to keep giving of themselves. In Life Beyond Measure, Poitier unaffectedly muses on life's mysteries, as compelling as ever in his ninth decade."--O Magazine

Sidney Poitier has starred in more that 40 films, directed nine and written four. His landmark films include A PATCH OF BLUE, LILIES OF THE FIELD (for which he won an Oscar), GUESS WHO'S COMING TO DINNER, IN THE HEAT OF THE NIGHT and TO SIR, WITH LOVE.

GOR003089132
Life Beyond Measure: Letters to My Great-Granddaughter by Sidney Poitier
Sidney Poitier
Used - Very Good
Paperback
Simon & Schuster Ltd
2009-04-06
304
1847394086
9781847394088
N/A
Book picture is for illustrative purposes only, actual binding, cover or edition may vary.
This is a used book - there is no escaping the fact it has been read by someone else and it will show signs of wear and previous use. Overall we expect it to be in very good condition, but if you are not entirely satisfied please get in touch with us.