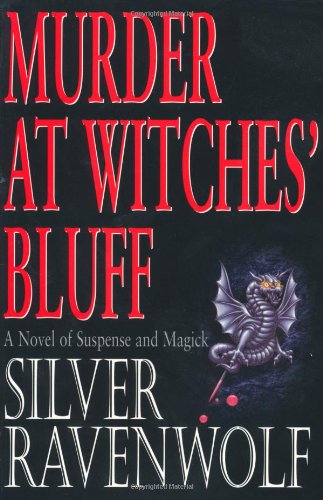 Used Price
$36.99
inc. GST
Free Shipping in Australia
This magical novel of sibling rivalry, family secrets and hidden desires is set in the hamlet of Cold Springs, where the waters eat children, the fires consume homes and a stalker chooses his victims carefully.
Reviews:
Trustpilot
Like New Very Good Good

Silver RavenWolf (Pennsylvania) is a nationally recognized leader and elder of Wicca, and her writing has been instrumental in guiding the future of one of the fastest-growing faiths in America today. The author of seventeen books, she has been interviewed by The New York Times, Newsweek Magazine, and the Wall Street Journal, and her work has been featured in numerous publications, including Bust Magazine, the Baltimore Sun, the St. Petersburg Times, the National Review, Publishers Weekly, Body & Soul Magazine, and Teen Lit Magazine. Her many titles include the bestselling Solitary Witch, Teen Witch, To Ride A Silver Broomstick, To Stir A Magick Cauldron, To Light A Sacred Flame, American Folk Magick, Angels: Companions in Magick, Silver's Spells for Prosperity, Silver's Spells for Protection, Silver's Spells for Love, Halloween, and the Witches' Night Out teen fiction series. Her new book Hedge Witch is forthcoming from Llewellyn in September 2008.

GOR010861610
Murder at Witches' Bluff by Silver Ravenwolf
Silver Ravenwolf
Used - Like New
Paperback
Llewellyn Publications,U.S.
2000-08-31
480
1567187277
9781567187274
N/A
Book picture is for illustrative purposes only, actual binding, cover or edition may vary.
The book has been read, but looks new. The book cover has no visible wear, and the dust jacket is included if applicable. No missing or damaged pages, no tears, possible very minimal creasing, no underlining or highlighting of text, and no writing in the margins.