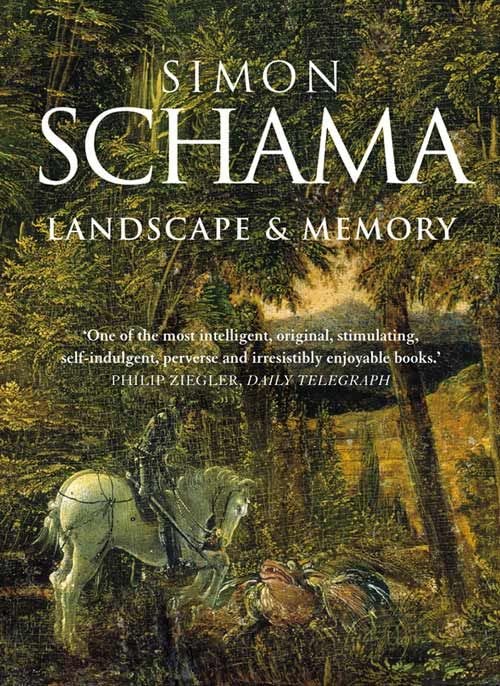 Landscape and Memory
by Simon Schama

The forest primeval, the river of life, the sacred mount - read `Landscape and Memory' to have these explained...

Landscape and Memory by Simon Schama

The forest primeval, the river of life, the sacred mount - read `Landscape and Memory' to have these explained...

`Landscape and Memory' is a history book unlike any other. In a series of journeys through space and time, it examines our relationship with the landscape around us - rivers, mountains, forests - the impact each of them has had on our culture and imaginations, and the way in which we, in turn, have shaped them to answer our needs.

This is not a conventional history book, but a book that builds up its argument by a series of poetic stories and impressions which cumulatively have the effect of a great novel. The forest primeval, the river of life, the sacred mount - at the end of this wonderful book we understand where these ideas have come from, why they are so compelling and how they still lie all around us.

`One of the most intelligent, original, stimulating, self-indulgent, perverse and irresistibly enjoyable books I have ever read.' Philip Ziegler

`This is a tour de force of vivid historical writing...It is astonishingly learned, and yet offered with verve, humour and an unflagging sense of delight.' Michael Ignatieff, IOS

`Simon Schama is a giant, a great thinking machine and a golden lyricist as well. He takes us beyond geololgy and vegetation into myth and memory, to unravel the ancient connections which bring mountain, forest and river into our soul.' Brian Masters, MoS

`Schama long ago established himself as one of the most learned, original and provocative historians in the English speaking world...Unclassifiable, inimitable, fascinating, "Landscape and Memory" will inform and haunt, chasten and enrage. It is that rarest of commodities in our cultural marketplace - a work of genuine originality.' Anthony Grafton, New Republic

Simon Schama is University Professor of Art History and History at Columbia University. He is the author of 'Patriots and Liberators', which won the Wolfson Prize for History, 'The Embarrassment of Riches', 'Citizens' which won the 1990 NCR book award for non-fiction, 'Dead Certainties', 'Landscape and Memory' which won the W H Smith Literary Award in 1995, and 'Rembrandt's Eyes' (1999). He is also the author of the monumental 'History of Britain' published in three volumes. He was art critic of the 'New Yorker' from 1995 to 1998 and was made CBE in the 2001 New Year's Honours list.

GOR003559934
Landscape and Memory by Simon Schama
Simon Schama
Used - Well Read
Paperback
HarperCollins Publishers
1996-03-18
672
0006863485
9780006863489
Winner of WH Smith Literary Prize 1996 Winner of WH Smith Annual Literary Award 1996 Short-listed for NCR Book Award 1996
Book picture is for illustrative purposes only, actual binding, cover or edition may vary.
This is a used book. We do our best to provide good quality books for you to read, but there is no escaping the fact that it has been owned and read by someone else previously. Therefore it will show signs of wear and may be an ex library book.