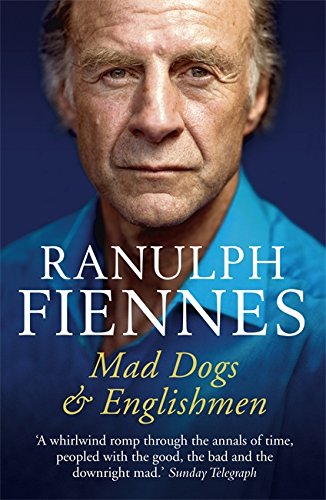 In Stock
$11.49
+10% GST
Explorer and bestselling author Sir Ranulph Fiennes takes a journey around his vast and eccentric family tree, and reveals an amazing family history.
Very Good
6 in stock

Ranulph Fiennes tells the story of his unconventional, exceptional family, and reveals the ingredients for the man described by the Guinness Book of Records as 'the world's greatest living explorer'.

Discover Sir Ranulph Twistelton-Wykham-Fiennes's personal expedition to trace his extraordinary family through history. From Charlemagne - himself a direct ancestor of the author - to the count who very nearly persuaded William the Conqueror to retreat at Hastings, many members of this unique clan have lived close to the nerve centre of the ruler of their day.

They number in their ranks a murderer, a wife poisoner, a poacher, England's greatest female traveller of the 17th century, and an extortionist Lord High Treasurer, teen cousins who eloped, a noble lord hanged for manslaughter, another hanged for adultery with the King's wife, and many who, as admirals or major-generals, won famous battles. The Fiennes' behind Cromwell provided the castle in which the Parliamentarians made their first secret moves, the same building in which twenty-one successive generations of the family have lived for 600 unbroken years . . . And that is just a taster.

A whirlwind romp through the annals of time, peopled with the good, the bad and downright mad among the Fiennes clan. - Sunday Telegraph

Sir Ranulph Fiennes was the first man to reach both poles by surface travel and the first to cross the Antarctic Continent unsupported. Fiennes has led over 30 expeditions including the first polar circumnavigation of the Earth. In 1993 Her Majesty the Queen awarded Fiennes the Order of the British Empire (OBE) because, on the way to breaking records, he has raised over GBP10 million for charity.

GOR001987565
Mad Dogs and Englishmen by Sir Ranulph Fiennes, Bt OBE
Sir Ranulph Fiennes, Bt OBE
Used - Very Good
Paperback
Hodder & Stoughton General Division
2010-05-27
400
0340925043
9780340925041
Short-listed for Independent Booksellers' Week Book of the Year Award: Adults' Book of the Year 2010
Book picture is for illustrative purposes only, actual binding, cover or edition may vary.
This is a used book - there is no escaping the fact it has been read by someone else and it will show signs of wear and previous use. Overall we expect it to be in very good condition, but if you are not entirely satisfied please get in touch with us.