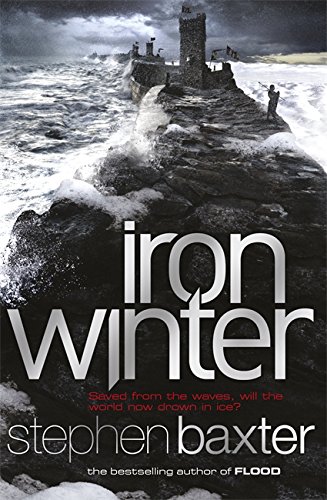 Used Price
$18.99
inc. GST
Free Shipping in Australia
The final volume in the millennia-spanning trilogy about an England with a very different history to our own...
Reviews:
Trustpilot
Like New Very Good

Many generations ago the Wall was first built to hold back the sea. Northland, a country of fertile plains and ancient forests rescued from the ocean, has become a thriving civilisation based on trade, technology and tradition, centred on the ancient home of the first builders, Etxelur. The whole of Europe, spanned by the Northlanders' steam caravan lines, has been changed in ways that could never have been predicted.

But nothing can last forever, not even the Wall. The weather is changing, growing colder, and in the wake of the long winters come famine, destruction and terror. And as whole nations are forced out of their lands and head for warmer climes, it seems that even Northland may not be able to endure.

But there is one man, an elderly scholar, who believes he can calculate why the world is cooling, and perhaps even salvage some scraps of the great civilisation of Etxelur. As he embarks on his grand quest across the world, as nations struggle for survival and the fires of war burn in the gloom, only one thing is certain.

The Ice is coming.

Stephen Baxter is the pre-eminent science fiction writer of his generation. Published around the world he has also won major awards in the UK, US, Germany, and Japan. Born in 1957 he has degrees from Cambridge and Southampton. He lives in Northumberland with his wife.

GOR011104590
Iron Winter by Stephen Baxter
Stephen Baxter
Used - Like New
Paperback
Orion Publishing Co
2013-07-11
480
0575089296
9780575089297
N/A
Book picture is for illustrative purposes only, actual binding, cover or edition may vary.
The book has been read, but looks new. The book cover has no visible wear, and the dust jacket is included if applicable. No missing or damaged pages, no tears, possible very minimal creasing, no underlining or highlighting of text, and no writing in the margins.