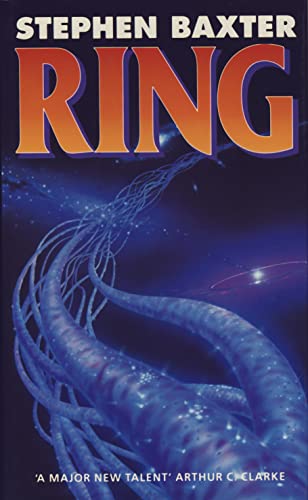 Out of Stock
$18.49
inc. GST
The final events in the Xeelee saga. There is life in dark matter. Its foremost race, the Engineers, is warping the evolution of light matter, halting the growth of stars and destroying existing ones. The Xeelee, on behalf of all baryonic species, wage war against the Engineers.
Good
Only 0 left

Praise for The Xeelee Sequence:

`Fast paced, strong on suspense, efficiently written, and has moral weight, but it is in the creation of a genuinely strange and believable new universe that Baxter excels... rigorous, vigorous SF at its enjoyable best'
TIME OUT

`Arthur C. Clarke, Poul Anderson, Isaac Asimov and Robert Heinlein succeeded in doing it, but very few others. Now Stephen Baxter joins their exclusive ranks - writing science fiction in which the science is right, the author knowledgeable, and the extrapolations a sheer pleasure to read, admire, enjoy'
NEW SCIENTIST

Stephen Baxter applied to become an astronaut in 1991. He didn't make it, but achieved the next best thing by becoming a science fiction writer, and his novels and short stories have been published and won awards around the world. His science background is in maths and engineering. He is married and lives in Buckinghamshire.