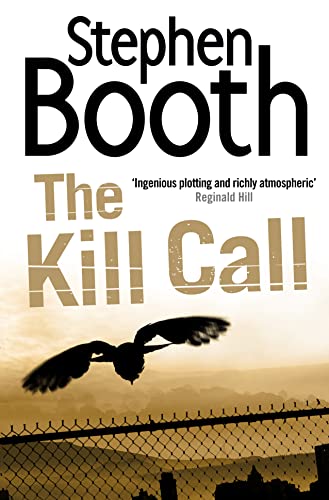 The Kill Call
by Stephen Booth

An atmospheric new Fry and Cooper thriller for fans of Peter Robinson and Reginald Hill.

An atmospheric new Fry and Cooper thriller for fans of Peter Robinson and Reginald Hill.

On a rain-swept Derbyshire moor, hounds from the local foxhunt find the body of a well-dressed man whose head has been crushed. Yet an anonymous caller reports the same body lying half a mile away. Called in to investigate the discovery, detectives DS Diane Fry and DC Ben Cooper become entangled in the violent world of hunting and hunt saboteurs, horse theft and a little-known sector of the meat trade.

As Fry follows a complex trail of her own to unravel the shady business interests of the murder victim, Cooper realizes that the answer to the case might lie deep in the past. History is everywhere around him in the Peak District landscape - particularly in the `plague village' of Eyam, where an outbreak of Black Death has been turned into a modern-day tourist attraction.

But, even as the final solution is revealed, both Fry and Cooper find themselves having to face up to the disturbing reality of the much more recent past.

Praise for The Kill Call:

`Plenty to get your teeth into here... adds an extra edge of darkness to an already twilight tale' Northern Echo

Praise for Dying to Sin:

Praise for Scared to Live:

'It's easy to see why Stephen Booth's novels are so popular. The Peak District's awesome scenery is an ideal background for a murder or two; he has developed his two principal characters into rounded personalities and he always gives them an intriguing mystery to investigate' Sunday Telegraph

'Booth's aim is to portray the darkness that lies below the surface... in this he succeeds wonderfully well' Daily Mail

'Stephen Booth creates a fine sense of place and atmosphere ... the unguessable solution to the crime comes as a real surprise' Sunday Telegraph

'The complex relationship between [Cooper and Fry] is excellently drawn, and is combined with an intriguing plot and a real sense of place: Stephen Booth is an author to keep an eye on' Evening Standard

'Sinks its teeth into you and doesn't let go ... A dark star may be born!' Reginald Hill

Stephen Booth was born in the Lancashire mill town of Burnley and has remained rooted to the Pennines during his career as a newspaper journalist. He lives with his wife Lesley in a former Georgian dower house in Nottinghamshire and his interests include folklore, the Internet and walking in the hills of the Peak District. This is the ninth in the series featuring Derbyshire detectives Ben Cooper and Diane Fry.

GOR001788578
The Kill Call (Cooper and Fry Crime Series, Book 9) by Stephen Booth
Stephen Booth
Cooper and Fry Crime Series
Used - Very Good
Paperback
HarperCollins Publishers
2010-04-01
544
0007243472
9780007243471
N/A
Book picture is for illustrative purposes only, actual binding, cover or edition may vary.
This is a used book - there is no escaping the fact it has been read by someone else and it will show signs of wear and previous use. Overall we expect it to be in very good condition, but if you are not entirely satisfied please get in touch with us.