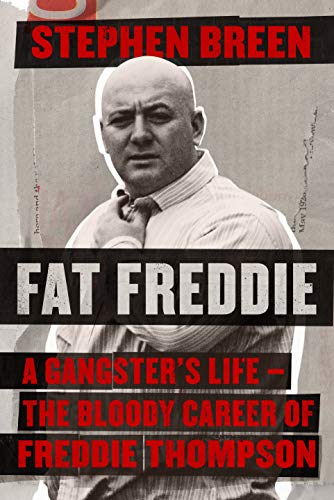 'Fat' Freddie Thompson first appeared in court in 1997. He was seventeen and already aspiring to be a major crime boss. Over the next twenty years his criminal career would be marked by mayhem, brutality and murder.

In 2000 a row over a failed drugs deal ignited a murderous feud in Dublin's south inner city. The first victim of the Crumlin-Drimnagh feud was a childhood friend of Thompson's. He vowed revenge and led his Crumlin crew in a series of tit-for-tat killings. Sixteen young men would lose their lives over the next 12 years.

Meanwhile, another childhood friend, Daniel Kinahan, had become a senior figure in his father Christy Kinahan's international crime cartel. Working with the Kinahan Cartel Thompson launched himself as a drugs dealer in Dublin.

So when an even deadlier feud broke out in 2016 - this time between the powerful Kinahans and veteran Dublin criminal, Gerry 'The Monk ' Hutch - Thompson was one of their staunchest allies and prepared to get his hands dirty. But Thompson's loyalty would be his undoing. In August 2018 he was convicted of murder and jailed.

Fat Freddie is a gripping account of the rise and fall of Freddie Thompson. Award-winning crime journalist, Stephen Breen, co-author of the No 1 bestselling The Cartel, has written the definitive portrait of a notorious Dublin gangster, a shocking story of double-crossing, vengeance and murder.

A fascinating read -- Sean O'Rourke * Today with Sean O'Rourke, RTE *
Explosive * Irish Sunday Mirror *
Stephen Breen is currently crime editor of the Irish Sun and has made regular appearances on Irish TV to discuss crime issues. He is the co-author of the No.1 bestselling book The Cartel, the definitive account of the rise of the Kinahan gang.
GOR009884014
9781844884780
1844884783
Fat Freddie: A gangster's life - the bloody career of Freddie Thompson by Stephen Breen
Stephen Breen
Used - Very Good
Paperback
Penguin Books Ltd
2019-05-16
352
N/A
Book picture is for illustrative purposes only, actual binding, cover or edition may vary.
This is a used book - there is no escaping the fact it has been read by someone else and it will show signs of wear and previous use. Overall we expect it to be in very good condition, but if you are not entirely satisfied please get in touch with us
Trustpilot