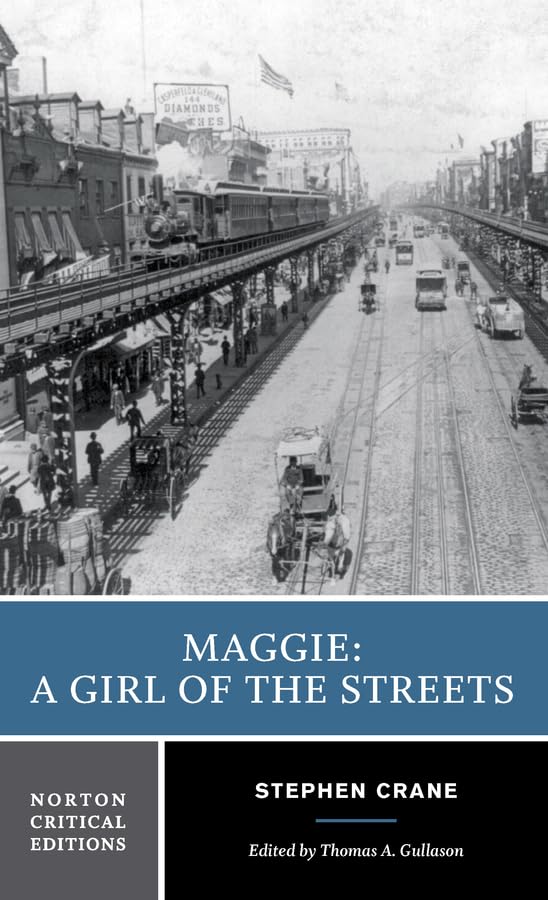 In Stock
$11.99
+10% GST
Maggie: A Girl of the Streets was the first major naturalistic novel in America.
Very Good Good
7 in stock

Maggie: A Girl of the Streets by Stephen Crane

This edition reprints the first published version, that of 1893.

Misprints and errors have been corrected and are identified in "A Note on the Text." Footnotes indicate changes in wording Crane made for the 1896 edition and explain slang expressions and customs of the day. Maps of the novel's New York City locales are also provided.

"Backgrounds and Sources" includes nonfictional accounts of urban life by Jacob Riis and others from which Crane drew, as well as discussions of Crane's literary sources

"The Author and the Novel" traces the history of the novel's composition and revision.

Stephen Crane was an American novelist, short story writer, poet, and journalist. Prolific throughout his short life, he wrote notable works in the Realist tradition as well as early examples of American Naturalism and Impressionism. He is recognized by modern critics as one of the most innovative writers of his generation. Thomas A. Gullason is Professor of English at the University of Rhode Island. He received his Ph.D. from the University of Wisconsin, Madison. He is a member of the editorial committee of the journal Studies in Short Fiction and has edited The Complete Short Stories and Sketches of Stephen Crane; The Complete Novels of Stephen Crane; and Stephen Crane's Career: Perspectives and Evaluations.

GOR001625085
Maggie: A Girl of the Streets by Stephen Crane
Stephen Crane
Norton Critical Editions
Used - Very Good
Paperback
WW Norton & Co
1979-04-01
272
0393950247
9780393950243
N/A
Book picture is for illustrative purposes only, actual binding, cover or edition may vary.
This is a used book - there is no escaping the fact it has been read by someone else and it will show signs of wear and previous use. Overall we expect it to be in very good condition, but if you are not entirely satisfied please get in touch with us.