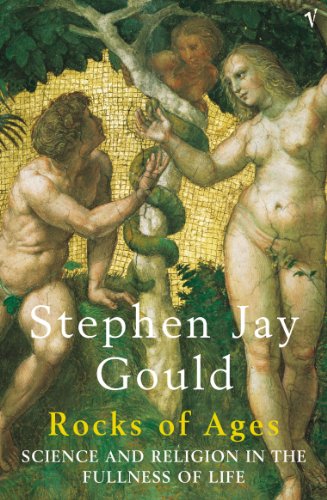 In Stock
$14.49
+10% GST
In elaborating and exploring his thought-provoking concept, Gould delves into the history of science with stories of figures as Galileo and Darwin, and concludes that science defines the natural world, and religion our moral world.
Very Good Good
Only 2 left

Writing with characteristic bracing intelligence and clarity, Gould sheds new light on a dilemma that has plagued thinking people since the Renaissance. Instead of having to choose between science and religion, Gould asks, why not opt for the golden resolution that accords dignity and distinction to both? In elaborating and exploring his thought-provoking concept, Gould delves into the history of science with stories of figures as Galileo and Darwin, and concludes that science defines the natural world, and religion our moral world.

"Gould is at his brilliant best... A truly convincing performance" * Guardian *
"Convincingly argued and thought provoking-Gould must rank as one of the leading scientific essayists of his generation and, as ever, he is in total command of his subject matter. He steers a deft route through contentious waters, but manages to retain a humorous edge, that keeps the book both engaging and highly entertaining. Gould provides the literary magic to deliver a light-hearted read" * Irish Times *
"Concise, eloquent and passionate. It is a marvellous work. Gould speaks clear, sound sense, and Rocks of Ages should be required reading not only for scientists and religious people, but for anybody who cares about the quest for meaning" * Independent *
"This marvellous extended essay should have been the real lost book of the New Testament. Gould, arguably our greatest living popular science essayist, has many joyful enthusiasms. Among them are eternity, Charles Darwin and baseball-Gould has such insatiable and infectious enthusiasm for the intellectual challenge and fascination of being a mere speck in a vast universe" * Scotsman *
"Rocks of Ages is easy and enjoyable to read. It contains many charming illustrations and interesting insights" * Sunday Telegraph *

Stephen Jay Gould (1941-2002) was the Alexander Agassiz Professor of Zoology and Professor of Geology at Harvard University and the curator for invertebrate palaeontology in the University's Museum of Comparative Zoology. He is the author of over twenty books, and received the National Book Award, the National Book Critics Circle Award, and the MacArthur Fellowship. He died in May 2002.