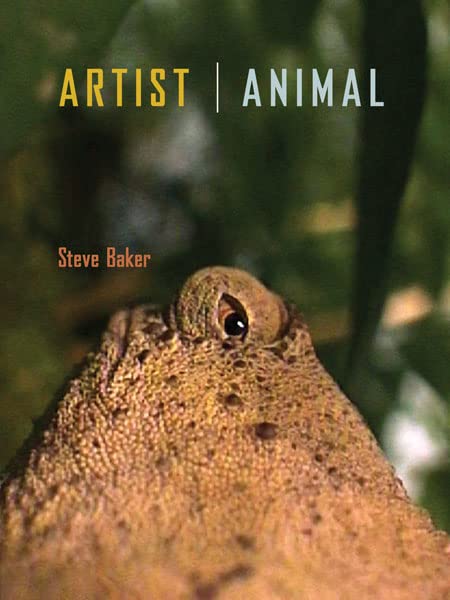 Animals have always been compelling subjects for artists, but the rise of animal advocacy and posthumanist thought has prompted a reconsideration of the relationship between artist and animal. In this book, Steve Baker examines the work of contemporary artists who directly confront questions of animal life, treating animals not for their aesthetic qualities or as symbols of the human condition but rather as beings who actively share the world with humanity.

The concerns of the artists presented in this book-Sue Coe, Eduardo Kac, Lucy Kimbell, Catherine Chalmers, Olly and Suzi, Angela Singer, Catherine Bell, and others-range widely, from the ecological to the philosophical and from those engaging with the modification of animal bodies to those seeking to further the cause of animal rights. Drawing on extensive interviews he conducted with the artists under consideration, Baker explores the vital contribution that contemporary art can make to a broader conception of animal life, emphasizing the importance of creativity and trust in both the making and understanding of these artworks.

Throughout, Baker is attentive to issues of practice, form, and medium. He asks, for example, whether the animal itself could be said to be the medium in which these artists are working, and he highlights the tensions between creative practice and certain kinds of ethical demands or expectations. Featuring full-color, vivid examples of their work, Artist Animal situates contemporary artists within the wider project of thinking beyond the human, asserting art's power to open up new ways of thinking about animals.

This book is a tremendous contribution to both contemporary art criticism and the emerging field of animal studies. I can think of no scholar better poised to offer innovative insight into how artists think about and work with animals than Steve Baker. With sensitivity and a rigorous ethnographer's eye, Baker investigates the complex attitudes and approaches artists employ when engaging the animal subject. What makes this beautiful book so successful is Baker's deep understanding of the nuance, intricacy, and contradictions in how artists work today. -Mark Dion

Steve Baker is emeritus professor of art history at the University of Central Lancashire. He is the author of The Postmodern Animal; Picturing the Beast: Animals, Identity, and Representation, and, with the Animal Studies Group, Killing Animals.

Introduction: The Idiot, the Voyeur, and the Moralist

1. An Openness to Life: Olly and Suzi in the Antarctic

On Drawing an Aardvark

2. Cycles of Knowing and Not-Knowing: Lucy Kimbell, Rats, and Art

On Artists and Intentions

4. Of the Unspoken: Mircea Cantor and Mary Britton Clouse

On Maddening the Fly

7. The Twisted Animals Have No Land Beneath Them

Afterword: Art in a Post-Animal Era?

CIN000789626
9780816680672
0816680671
Artist Animal by Steve Baker
Steve Baker
Posthumanities
Used - Very Good
Paperback
University of Minnesota Press
20130227
304
null null null null null null null null null null
Book picture is for illustrative purposes only, actual binding, cover or edition may vary.
This is a used book - there is no escaping the fact it has been read by someone else and it will show signs of wear and previous use. Overall we expect it to be in very good condition, but if you are not entirely satisfied please get in touch with us
Trustpilot